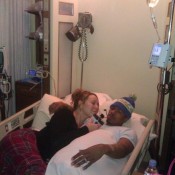 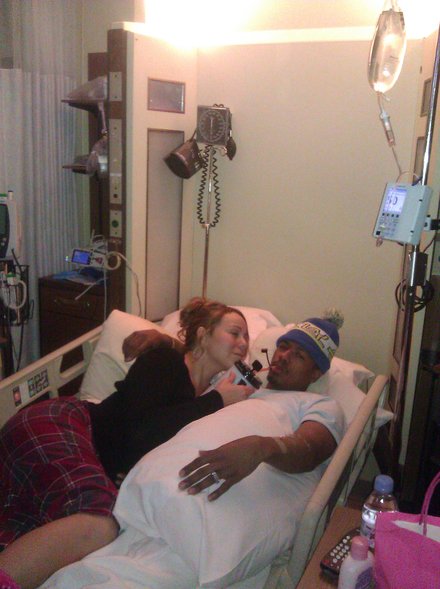 Mariah Carey and Nick Cannon in the hospital

Mariah Carey revealed that her husband, Nick Cannon is in the hospital after a family trip to Aspen, Colorado.

The proud parents of #dembabies were saddened to learn Nick had a mild case of kidney failure.

Mild renal disease, also known as renal insufficiency and chronic renal failure, occurs when the kidneys have trouble functioning because of disease. Mild renal disease begins a gradual decline in the kidney’s ability to function and maintain health throughout the body.

Carey posted a message on her official website saying:

This is us in the hospital – role reversal; Last year it was me attached to the machines (after having dembabies) and Nick was there with me through it, and now here we are.

We’re trying to be as festive as possible under the circumstances but please keep Nick in your thoughts because this is very painful. They tried to kick me out of the hospital but here I am pon de bed with Mr. C.

We’re doing OK but we’re “straaaaaanded in Aspen”. #DramaticDivaPlace (I know, we could be in a lot worse places) but the truth is as long as we’re together, we’re OK. I’m not trying to make light out of the situation because it’s a serious moment that’s very tough on all of us so please keep us and our family in your prayers. LYM.

My prayers go out to their family.

Have you ever had to deal with a serious illness with a spouse or significant other?