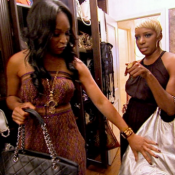 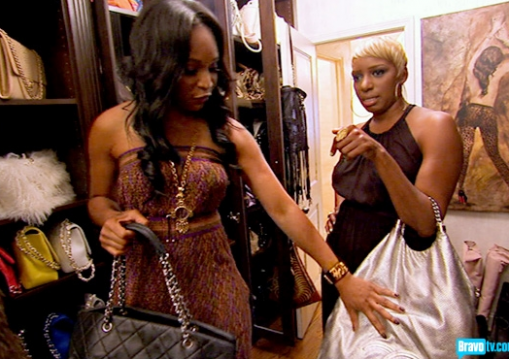 Last night’s episode of The Real Housewives of Atlanta left me sitting on the edge of my seat.

NeNe Leakes went on a Twitter rampage last night talking about this week’s episode and the Talls versus Smalls battle. This battle of the heights finds Nene, Marlo Hampton, Cynthia Bailey pitted against Sheree Whitfield, Phaedra Parks and Kandi Buress.

The ladies were getting ready planning their trip to South Africa (sans Kim) and still discussing Marlo’s criminal history.

After having a girls day with Marlo, NeNe decides to invite her along to South Africa…without telling any of the other women.

You can imagine their surprise when Marlo shows up at the airport. The looks on Sheree, Kandi and Phaedra’s faces were priceless. They also reacted in the confessionals:

Phaedra, “The more, the merrier. A little more spice in the gumbo.”

Sheree, “Are you kidding me?”

Kandi,“How come we didn’t get that memo?

This episode was merely a setup for next week’s Africa drama.

I can’t wait to see what happens next.

Do you think the ladies will come back from Africa in one piece?