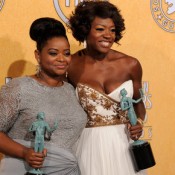 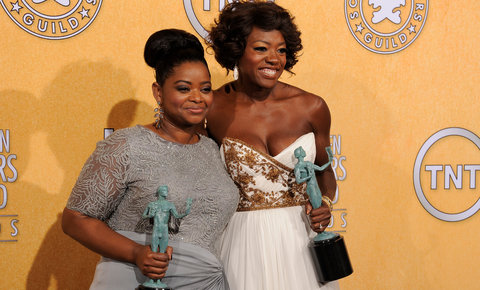 Although many people have criticized the commercial success of “The Help,” it hasn’t stopped the momentum of the movie at award shows.

The cast of the film received the group’s top honor, the SAG ensemble award. Viola Davis was named best lead actress and Octavia Spencer best supporting actress for their roles as black maids in the adaptation of the bestselling novel by Kathryn Stockett.

Usually the SAG Awards are predictions for the Oscars, but only time will tell.

This will be the second time in history that a Black woman would win an Oscar for her depiction of a maid. Hattie McDaniel won the coveted award in 1940 for her supporting actress role in Gone With The Wind.

Congratulations to Octavia, Viola and the entire cast & crew of “The Help!”

Do you think “The Help” deserved the win?