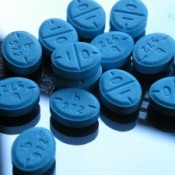 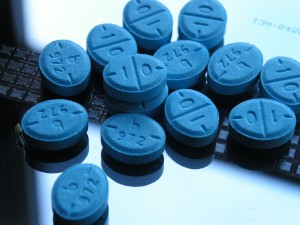 There was a crisis last month, the pharmacies were out of Adderall.  This problem started occuring around the end of October. Let me explain to my readers just what happened;

1. Physicians are now becoming a little more skilled and less afraid to make the diagnosis of ADD.

2.  Patients are becoming more compliant and take the medications daily as being scheduled by the providers.

3. The demand exceeded the supply produced in 2011.

5. The world is coming to an END! LOL

#5 is how many of my patients felt when they could not get their medication at the end of last year and the beginning of 2012.  It is nothing worse than preparing for final exams and not being able to retain the  information that you will be tested on during finals.  It is nothing more scary than being written-up, by your supervisor,  because you are forgetting important details in your work.  Finally it is certainly nothing worse than coming home from a hard day’s work and being bombarded by phone-calls from your son/daughter’s teachers because they are under performing.

I believe that we now have the problem under control.  It is my PHYSICIAN’s prayer and hope that this never happens again to my poor patients. One student told me, “Being without my Adderall, I felt like a fish out of water during lecture-breathless.”

1. If they run out of Adderall, they are other safe alternatives so talk to your doctor and don’t be afraid to try something different.

2.  Take your medications as prescribed. Don’t lend, don’t borrow and you know exactly what I mean.

3. Keep all of your scheduled doctor’s appointments.  These medications are controlled and you must have an original script.

4.Keep your medications in a safe place. They usually sell for between $10-$15 a pill on most college campuses.

Enough Said Until Next Time,