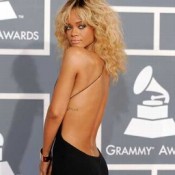 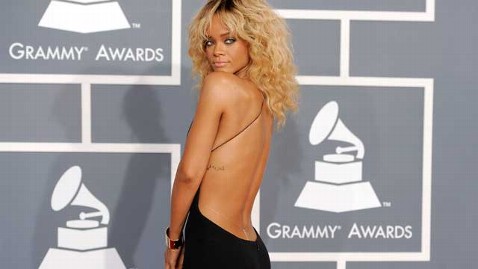 Seems like Valentine’s Day is putting a lot of ex-couples back into the mood.

The Grammys may have really reunited one of the music industry’s most notorious couples.

Looks like Chris Brown has his cake — and is eating it too. The 22-year-old singer was spotted hanging out with Rihanna at her pre-24th birthday celebration.

Sources at the bash tell Celebuzz that the pair celebrated at a hush-hush Carribbean themed party held a day after the Grammys. Invited guests included Riri’s bff Katy Perry, Bruno Mars and of course Brown.

Guests were told to refrain from Tweeting during the event and weren’t allowed to take pictures.

But one guest managed to say this  via Twitter:

“If Cupid was here he would be very happy everyone @Rihanna bday party was coupled up.”

“All I can say, CB was invited and she [Rihanna] was acting like the happiest girl on her birthday and probably got what she asked for.”

I’m trying to figure out how Chris Brown ditched his girlfriend, Karruche?

Rihanna is also rumored to have teamed up with Brown for her new single — “Cake.”

The song will be released on her February 20th birthday.

The pop star, who turns 24 on February 20, threw a small early birthday party for herself Monday in L.A., celebrating at a private home a day after the Grammys.