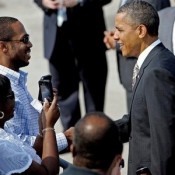 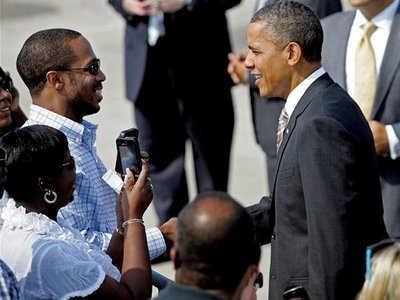 President Obama rolled out his voting initiative for African-Americans on the first day of Black History Month.

“This month we are announcing the 2012 launch of African Americans for Obama,” the president announced in the video provided to The Huffington Post by the campaign. “I don’t think there’s a better time than African-American history month to consider the tremendous progress that we’ve made through the sacrifices of so many, or a better time to commit to meeting the very real challenges we face right now.”

African Americans for Obama includes a number of programs geared toward the black community, including one to engage barbershop and beauty salon owners as “opinion leaders” and volunteer recruiters in the community. Other initiatives will include programs to empower and engage black business leaders, civic organizations and students at historically black colleges and universities.

He’s appealing to black voters to turn out again like they did in 2008.

“Every day I think of the generations of African-American men and women who overcame slavery and oppression, risked their own safety to cast a ballot, even gave up their lives to help build a country that lived up to its founding principles.” “Their extraordinary hope, their unwavering determination changed this country. Their efforts made it possible for somebody like me to be here today.

Do you think the President has done enough to engage with the Black community during his term?