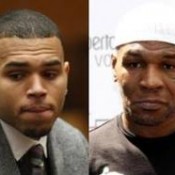 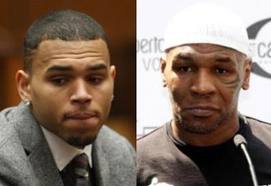 I thought that it was very interesting when I went to Google images, this nice portrait was found under this category. Chris Brown and Mike Tyson both have had their fair share of run ins with both the media and the law because of this issue, anger. I thought that today we would talk a for a few minutes about some of the possible etiologies of anger in the “Black Man“. I really hope I get some feedback and responses on this blog post.

Fact: Did you know that African-American males are almost 4X as likely to be suspended from school than their white peers in the same age-group; Startling Statistic (1)

Fact:Did you also know that 70% of student arrested or referred to law enforcement for disciplinary infractions are Black or Latino; Startling Statistic! (1)

Fact: Did you know that currently unemployment among Black Men is at 37%. Startling Statistic (2)

Fact: Did you know that 13%  of ALL Black Men have lost their right to vote. Startling Statistic (3)

According to the Huffington Post( 10/12/11) Author Michelle Alexander wrote, “There are more Black Men in Prison Today than were Enslaved  in 1850.” Startling Statistic (4)

Also according to the Huffington Post, “Only 47% of Black Male Students Graduate from High School Nationwide.” Startling Statistic (5)

Fact: Almost 10% of all young Africa-American males are behind bars; With this please be reminded that we make-up >50% of America’s prison population. (Startling Statistic 7)

I am sure you have just about heard enough!

When I was reviewing just the facts, I began to shake. What has gone wrong.?  Before I move any further in this post, might I ask you a couple of questions;

I am sure that these questions will give you a lot to ponder. Oftentimes we see illness and distress and have relatively no idea where it may be coming from. I have been in practice for more than ten years and I would like to share with you a couple of ideas on this issues. I have not done any research, as of yet, but I am sure this is something definitely in my near future.

Theories of where ANGER in the Black Male may come from: (Dr.O’s proposed theories)

1. Issues with Primary Parental Abandonment-This is an issue that we choose to breeze over a lot in our communities. Primary parental abandonment/loss is a great predicter of future mental illness, in particular depression. Oftentimes, grandparents will step-in to take care of those abandoned young men, but the feelings of abandonment still do not go away. It is important that we address this feeling early-on with young men who may be exhibiting acting-out and or depressive behaviors. Please be advised that this should only be done by a skilled professional who understands psychosexual development and cross-cultural psychiatry as well.

2. Issues with the Educational System-It is no secret that the number of African-American males completing American High Schools is at an all time dismal low. There are probably a number of considerations that should be looked at when considering this fact. 1) Over-crowding in a number of our schools. 2) Low teacher-student ratios and 3) The inability of African-American students as a whole to pass standardized test. I truly believe that the above factors have a lot to do with this dismal statistic.

3.  Issues with the Penal System-Have you ever heard of “Driving While Black?” I have not only heard of it but I have experienced it several times. What happens is usually if you are an African-American male, with a nice automobile, in a nice neighborhood you are either 1) selling drugs or 2) participating in some type of illegal activity. I can’t tell you how many times I was stopped by the same police while in Syracuse, New York attending medical school. This is just one example of issues with the penal system.  There are certainly many more but that is a blog unto itself.

4.  Issues in the Workplace-This is certainly an ongoing issue in America. For some reason, we can’t seem to get a fair shake. Weather our supervisors are riding our backs or we are being called incompetent. There just seems to be no rest for the average Black male. It is important for each Black male to be properly educated so that he can understand what is happening to him  and taking place around him and in his world at all times.

5.  Issues maintaining/obtaining employment-This problem is multi-factorial. We all know of at least 5 African-American males between the ages of 18-55 that are out of work. This could be because of lay-offs, competence/lack of training or workplace conflict. Whatever the reason(s) the man is just not able to take care of his family or his own basic needs. (food, water and shelter) This could lead to criminal recidivism, depression and in the worst case scenario-suicide.

6.  Issues with access to Healthcare-How many of us know someone who needs either medications for hypertension or treatment for chronic sadness. It is no secret that the lack of money and or insurance limits your options. Many providers don’t even take Medicaid/Medicare because of the low insurance reimbursements. I am committed to the community so I don’t mind the fee-schedule because their is a need.

I don’t want to bore you any longer with my discussion. However, many of you have been a little shy in the past, but let’s start a discussion board on this issue and talk about some of the facts. You  never know who you might be helping.

By the way don’t forget to pick-up my e book at http://amzn.to/AcFViO. The title of the book is “Am I In a Bad Relationship?”