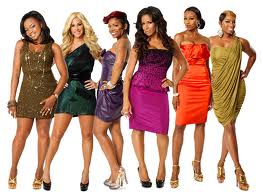 Last night was simply ridiculous. I was embarrassed for most of the women on the show.  The Real Housewives of Atlanta showed their Assets! There was such a great display of ignorance that I started to just turn from the BRAVO channel.  However, I really wanted to see how this confusion was going to end, and of course we will ALL possibly be drawn in for another week’s episode.

NeNe must have been having a bad night, afternoon or morning.  I though that she had really progressed over this season but last  night-TOTAL REGRESSION! She was actually rolling her eyes, sucking her lips and teeth just like a five year old. Her behavior was unacceptable.  I do understand that some of the flair is what draws us in but last night I felt like her behavior was over the top.

If they are NOT firing Sheree they really should and quick. The old saying, “Empty wagons make a lot of noise,” must certainly have her picture right next to the working definition.  She can’t even manage to lie about being broke and in a debacle.  When questioned, she became nervous and despondent. I was really floored by her overall level of ignorance.  It is obvious that she-NeNe came armed and loaded la night and she stood on ready to fight and as usual Sheree took the bait. Sheree broke and dumb!

I really like Kandi but I need her to fight a little more.  She was a little more forceful last night, but Kandi you will have to pull out your knife if you are going to survive in such a vile environment. Ne Ne behavior at Kandi’s party was totally inappropriate but that small reminder of the past was very much so called for-for some who forget where they came from earlier in life.

As you can see next week it will heat-up even more. Now, I just happen to be from the ATL. I just can’t really recall ever seeing this level of disrespect and profanity among any of the women I know. Yea, I did go to high school and college here but I just don’t recall seeing this level of disrespect and disregard. However, back at my old high school-Harper High, the gloves would be on and there would definitely be some girls on the floor. Baby cameras or not, my Harper High School sisters would have taken a couple of those girls to task. Let me do a little more character analysis and go ahead and post this one.

Now Ms. Phaedra-The queen of “?”. She will have a whole lot to contend with next year if Angela Stanton’s book keeps selling like it is-regardless of the Straight from the A’s reports of false allegations. VIBE fought back this one. That story was a hot one and check it out again if you need to on this site. Check out VIBE’s  response to Straight from the A concerning Angela’s book. However, Phaedra you should have taken Ms. Sheree down when she pulled that stunt challenging you credentials. Regardless of the allegations, the girl can practice law.

I will reserve my Marlo comments until next week.

Now Ms.Cynthia, when will this fake and past-tense Glamour girl get the boot. Honey, Peter don’t love you! Even Ray Charles can see that and what is your problem facing reality?  She is also more than two-faced and keeps her head up NeNe’s assets. The real deal. She just seems so fake that she really doesn’t interest me at all.  I don’t think she is long for the show.  The other drama queens may just squeeze her out. And Ms. Cynthia NEVER choose a man over your family. That is just dumb!

Here are the Questions for ALL you Atlanta natives;

I ain’t gonna tell no lie, I will be right there! After all, who can resist a good ole fashion CAT FIGHT! Will the gloves come on or come off next week? Will wigs start to fly next week? Will the battles get even more intense? This reality show is for real…

Let me hear your comments on the above issues,