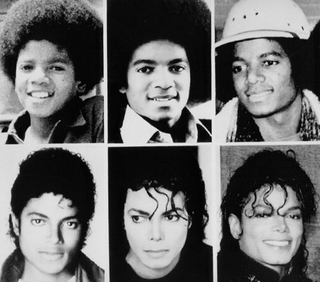 Today marks the 3 year anniversary of Michael Jackson’s death.  It’s amazing how the African-American culture suddenly re-connected with the fallen soldier, Michael Jackson, right after his death. Prior to this major event, it appeared as though there was a significant disconnect between Michael and his African-American fans. The new experience of depression and continued bereavement are both shocking and a surprise to me as a mental health professional. Let’s just review a couple of interesting considerations.

This does not take from his musical legacy at all, but as a mental health professional, we should closely monitor who we attempt to make a martyr. After all, Michael was truly loved by many of us but, there were significant changes over the past twenty years that turned most of us off.  He certainly deserves to be given credit where credit is due.  However, we still have to be careful not to cover-up or endorse bad behaviors. Moreover, he had the money and clout to get him out of some pretty tight situations. I don’t want to rain on this national day of mourning, I simply want to keep it real. Michael Jackson’s death is a fact and there were numerous factors that we should not forget.  He left a very strong legacy and the world will never forget him, but we still have to monitor who we make GODS.

Many of us have heard the old saying, “Where there is smoke there is fire!”  As a forensic Psychiatrist I am trained to look at the facts of a case and depositions a little differently. Here are a couple of facts for you to ponder:

In conclusion, I would never pass any premature judgment on a colleague.  However, there appears to be a few deviations from what we call, “normal standard of care” that may cause the defense some difficulty. I will follow this case and keep you updated. Let’s remain open and non-judgmental. I know that it may be hard for those of us who grew-up with the Icon Michael Jackson.

1. Do you think Dr.Murray should be convicted of Murder or Involuntary Manslaughter?

2.  Do you think that he deviated from the normal “standard of care?”

3.  Should the Jackson family “hold harmless” Dr. Murray since he was just doing what Micheal requested?

4. Should Dr. Murray be fined or go to jail for his clinical actions with this patient that just happens to be Michael Jackson?

Please let me hear from you on this issue……..