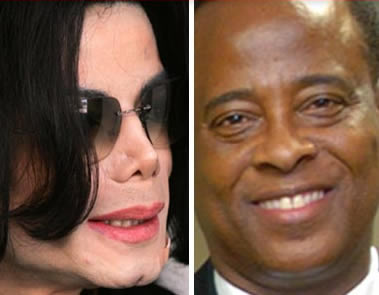 Dr. Conrad Murray is a cardiologist and personal physician, who opened up his private practice in 1999.  Michael Jackson hired him as his doctor for his 2009 concert tour.  In June 2009, Michael Jackson died of a prescription drug overdose.

He stood in trial for involuntary manslaughter, and was later found guilty.  Los Angeles County Superior Court Judge, Michael Pastor, said a few words before he gave Dr. Murray his sentence.  He said, “There are those who feel Dr. Murray is a saint. There are those who feel Dr. Murray is the devil. He’s neither. He’s a human being. He stands convicted of the death of another human being.”  He was then sentenced to four years in prison, the maximum sentence under law.  However, he might only serve 2 years if he has good behavior.

Murray is denied any early release electronic monitoring or house arrest.  “He does not meet our requirements for anykind of house monitoring,” said  Los Angeles County Sheriff’s spokeman, Steve Whitmore.  Usually an early release can be used to decrease jail overcrowding.

News that Murray is suffering behind bars may be nice news to some of Jackson’s fans that are angry that he was charged with involuntary manslaughter instead of the harsher crime of murder.

In a way I can agree with this statement.  However, if the statement was to receive sympathy, I can not concur.  I realize that he will not have a chance at a normal life anymore, and neither will Prince, Paris,  or Blanket.  And for that, he should be left in jail to serve his time.

Authorities have voiced that Dr. Murray was “playing Russian Roulette with Michael Jackson’s life every night,” by using a surgical anesthetic propofol to so he could sleep in a ‘reckless, obscene manner’.

Murray showed his lack of remorse or personal responsibility in an interview, just nine days before he was found guilty. “I don’t feel guilty because I didn’t do anything wrong.”

As far as Dr. Murray’s request to be moved because of the horrendous living conditions, I would say “No.”

Murray’s lawyer has said that the doctor only getting fresh air once a month and clean underwear once a week.  Now, that part is ridiculous!  Along with the toll this type of treatment has caused to his hair, nails, and skin, Murray also suffers from a constant headache.  A headache that has lasted well over a week, which he is worried is a brain tumor.

Murray claims of being deprived of medical attention which he has previously requested.  He reportedly told his attorney, “”I may not make it out of here alive. This is a very dangerous place. I’m in here dying. The system is intent on killing me.”

Is Dr. Murray truly being unfairly treated in jail or is he just being a wimp in hopes of getting house arrest?

Leave me know in your comments below!