Although the world is becoming a lot more dangerous and I try my best to refrain from referring to someone negatively, but this couple IS crazy!  Discretion is advised.

A Florida couple allegedly wanted a friend dead and gone.  However, they weren’t very smart on how to cover up their feelings.  The couple, James Ayers, 32, and Nicole Okrzesik, 23, allegedly Googled “ways to kill people in their sleep” minutes before Julianna Mensch’s death at age 19.  Ayers and Okrzesik are accused of plotting ways to kill Mensch and discussing how to dispose of her body through texts and online.

Police claims that the couple wanted to kill her after they all got high in their Fort Lauderdale home to steal her drug money.  Police say that Okrzesik searched “chemicals to passout a person,” “making people faint,” “ways to kill people in their sleep,” “how to suffocate someone” and “how to poison someone” that morning before the murder.   Authorities also say that she started a forum on GoLivewire.com reading “Could you kill someone in their sleep and no one would think it was murder?”  Apparently, Mensch was asleep on the floor while the couple searched the web for advice, and killing her minutes later.  Hours after the murder, Okrzesik posted a photo of themselves at a bar in South Beach. They have no shame! Picture below: 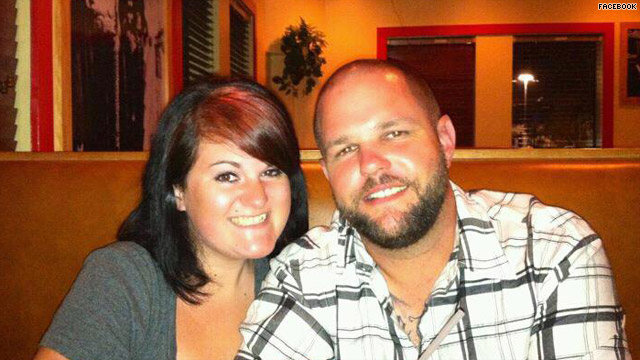 Reportedly, Ayers threatened Okrzesik that he would call the police if she did not come home to help him with the body.  Okrzesik responds, “Why the f— would you do that and ruin both our lives when we can just get rid of the sh— and move on.”    The couple continued arguing back and forth in what seemed to have bothered Ayers.  He went into great detail to a work friend how he had strangled Mensch after his girlfriend failed to break her neck.

First of all, I’m guessing Florida has the death penalty for the right reason.  Whatever is in Florida’s water needs to stay there because this state is out of hand.  Between the many cannibal incidents and outrageous murders, Florida has really gained the right punishment.

However, it seems that the male was very, very upset at his girlfriend.  Apparently, she had been unfaithful so he felt the need to show her that he was still “macho” by helping her kill her friend.  He quickly found out that Okrzesik used him to get what she wanted!  After the murder, she checked herself into a rehabilitation center.  And later did Ayers, saying that he was thinking about killing himself.  The landlord complained of a “rotting” smell in the couple’s apartment, where the police found the body of Julianna Mensch.

Some say “if you are going to commit murder don’t leave a trail of digital evidence that can be used against you.  If you say it online, someone will find it.”  I say, don’t commit murder as if you’re big a bad, and then run to rehab in hopes of “treatment.”  When really you’re seeking protection.  And on top of that, you throw your accomplice under the bus and attempt to pin everything on them.  In this world, people can be so evil.

Leave your feedback below.