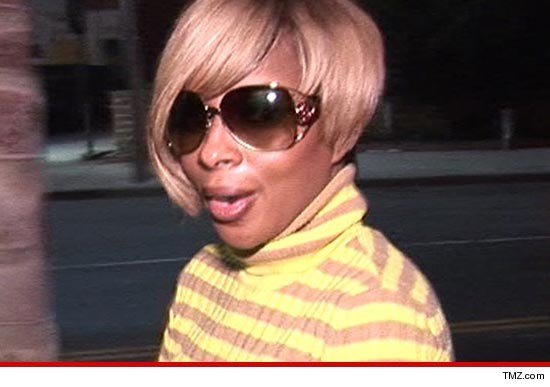 The singer, Mary J. Blige, has a charity with Steve Stout that seems to be in depression as well.  The charity was established to assist female high school graduating seniors with their college tuition.  Recently, 25 seniors that graduated from the Women’s Academy of Excellence in 2010 were granted a full-ride scholarship to the college of their choice.  Several of those ladies have stated that their tuition has gone unpaid.

One scholarship winner, Gennevive Sarfoah, attends SUNY Canton and has made dean’s list.  She claims that the charity barely made the deadline to pay her first year and has received nothing since.  She has had to take out a loan and says that if the charity does not help like they have agreed, she would have to drop out.

The mother of another daughter has told sources that her daughter is having similar troubles.  They have called and emailed repeatedly and since have gotten no response back.

Apparently the charity is having to deal with a lot of “money issues.”  They have recently been sued for $250,000 by the TD Bank.  TD Bank lend the charity the money in June of last year and a contract was placed where the money would be paid for within a 6-month period.  It has failed to be paid in full, with the bank receive a mere $368.33 so far.  I don’t see how the charity is struggling with money and can have a board full of moguls – i.e. actress, Jada Pinkett Smith, rapper Jay-Z, and actress Queen Latifah.

However, Blige blaimed the lawsuit on “poor management” of her charity.  She has acknowledged that she has allowed the wrong people to handle her money.  “As founder and CEO of FFAWN, I am ultimately responsible for anything that goes wrong.”  Blige adds, “The problem is that I didn’t have the right people in the right places doing the right things.  This should have never been allowed to happen, but it did and we are now fixing it.”

Suspicions of Mary J. Blige scamming these young women and giving them false hope have rumored.  But they go unnoticed because Blige is known for having a rough life and genuinely wishes to assist in the higher education of women who need assistance.  Although it is a great gesture, there are many things wrong with this picture.

How can the charity be taking out loans from a bank with money gurus on the board like Blige, Steve Stout, Queen Latifah, Jada Pinkett Smith, and Jay-Z.  There’s no way (just those 5 mentioned) could not have come up with $250,000.  That is ridiculous and I totally agree with her, she did not have the right people in the right places.  It is not a good idea to have celebrities on board, because most likely they are trying to keep their own career moving!

It’s sad that some of the scholarship winners have to go through this.  Many of those girls are struggling with paying for tuition and the charity gave them false hope.  I just hope they can pull this together before it completely falls apart because it truly is a nice idea.  Perhaps, after they clean up the positions on the board, things could hop back into place.