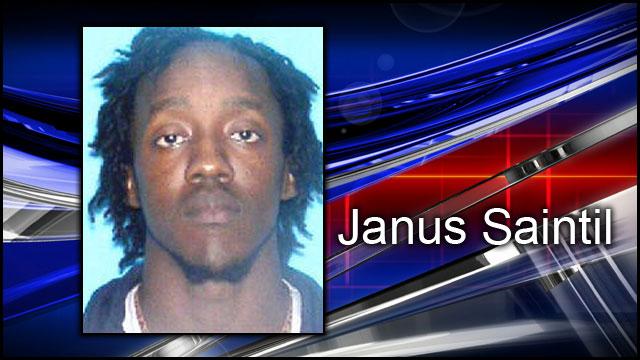 Coral Springs Lt. Joe McHugh said officers found Josiah Saintill dead, only hours after an Amber Alert had been issued.  In the alert, state officials claimed that Janus Saintill was armed and dangerous.  The child’s father, Janus, is being held but there were no charges immediately filed and there has been no further information released.

An autopsy of the child will be performed to discover the cause of death.

Apparently, Thursday night Janus was driving with the mother, another female, and a male adult accompanying.  They were headed to a North Lauderdale Wal-Mart when Janus got angry and pulled out a gun.  He kidnapped the group and drove 85 miles north in a stolen car to Port. St. Lucie, where Janus left the baby at a home and forced the male to withdraw money from a nearby ATM.  The male victim yelled and caused Janus to flee the scene.  He later picked up Baby Josiah before heading back south.

Friday afternoon, Janus was taken into custody without incident after parking the stolen car next to a Coral Springs police officer.  Police said that the body of the missing one month old baby has been found in the trunk of the car.  Coral Springs Police Chief, Tony Pustizzi, said, “There were so many officers by the time he opened the door, he really didn’t have a chance.”  “Thank God he decided not to fight.”  Yeah, I agree!  We wouldn’t want another video of 50 police officers taking down one criminal to go viral over the web!

Broward County Sheriff, Al Lamberti, said, “When you say you’ve seen it all, this is one of those things.”  “It’s almost like the baby was carelessly discarded inside the trunk.  Total lack of respect for the life.  It’s one of those things, if you are a parent, it’s got to tug at your heart strings.”  That is absolutely correct.  Parent or not, you find yourself feeling for the mother and the rest of the family.

Court records show that Janus Saintil has been arrested several times in the past six years, including charges of armed robbery and trespassing.  Back in 2008, he was sentenced to two years for grand theft.  Authorities also said that he had an outstanding warrant for his arrest in Coral Springs.

Check out the video below:

I only have one comment to make about this story: this man obviously has mental issues.

To have the urge to kidnap and later murder your own child, one has to be either going through something mentally, or REALLY upset.  In which, I sort of connect the two.  We’ve all been upset and it has made us think and do abnormal activities.  I understand it, but I have to disagree.  Although, I believe this man’s anger got the best of him, I still think he should do his fair share in the big pen!   Also, I would suggest him some counseling, as well as the mother for her lost.

Has something along these lines happened in your life or the life of your loved ones?  Share with us below!  We’d love to hear your story.

Don’t forget to check out my other recent blogs!! They are HOT.