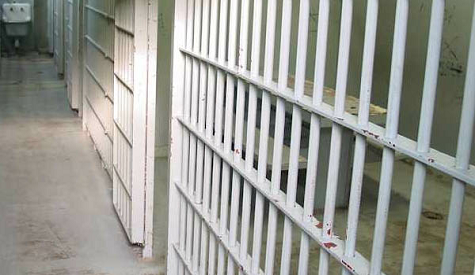 Ever thought the day would come where you could be rewarded for breaking out of jail?

Well, that day has arrived.  Atlanta’s Fulton County Jail is running a contest to inmates that encourages them to pick the jail’s new locks.

Any inmate that can get the lock open will receive free food and personal hygiene items from the commissary, which is used as currency in the jail.

The new locks are being tested to protect the inmates in their cells and away from each other.

The locks have been a problem since the reconstructed building reopened 23 years ago.

In the past, inmates have been able to pop the locks extremely easily allowing them to get into the common areas or even to others in their cell block.  Although inmates and staff have been in danger, the general public has not because they would face serious blocking-hurdles if they ever tried to break out of jail.

The locks have made a federal judge and his court make a lawsuit concerning the sometimes dangerous conditions inside the jail.  Fulton County’s jail has been operating under a federal consent order since 2003 and one of the remaining issues is the lock on the doors.

Calvin Lightfoot, the expert who is overseeing the judge’s lawsuit, agrees that the contest is a good idea.

“It may be unconventional, but the FBI and bankers will hire bank robbers to consult with them on how they can make the banks better. It’s the same thing. The inmates are going to do all they can to defeat these locks. It sounds like a novel idea to me. … They have to find a way to keep these inmates from getting in and out of these cells.”

A few years ago, the company that made the existing locks cut production.  Now, the needed parts are unavailable.

Sheriff Ted Jackson, the one responsible for the jail, has asked Fulton County Commission for $6 million to replace the locks.

The commission is still deciding when, or even if, they will fix the broken locks.

So now, the jail is forced to improvise with the contest.  They have replaced the locks of nine cells in one zone and is ready for testing.

Several companies have proposed many offers, but one company out of Decatur, Ala., specifically designed a new lock and mount for the jail.  The newer lock has a green light  that indicates if it is securely locked, a feature that the old models don’t have.

It will cost $166 for the 1,300 cell doors that are on hinges, and the cost increases for the doors that slide open and closed.

Adger added that all other attempts have failed, “This will solve the problem once and for all.”

How do you feel about the jail holding this contest?  Is it a smart idea?  Why or why not?

Let me know in your comments below!