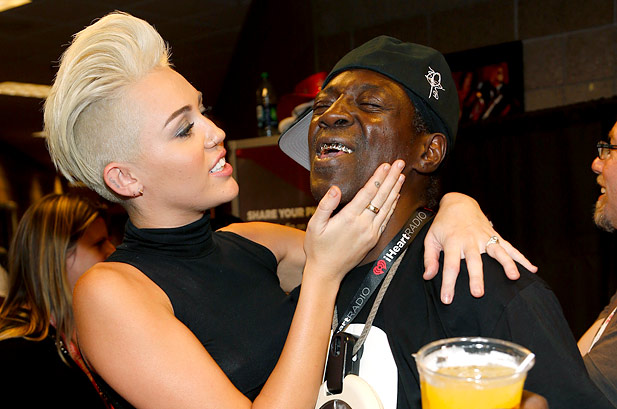 For those of you who don’t know, Disney’s former Hannah Montana star Miley Cyrus, has gone through some dramatic changes in order to shed her Disney identity. Her new darker image of tattoos, platinum blond mo-hawk and piercings has gotten some mixed reviews but so far no one has completely mistaken her for someone else, until now.

During the iHeartRadio Festival in Vegas last week, Flava Flav and Cyrus had a full encounter with photos and banter as Flav greets her as wait for it, Gwen Stefani! How embarrassing right? Cyrus politely ignored the mistake and continued the conversation. It wasn’t until after they went their separate ways that someone informed Flav of his mistake. He quickly went back to make amends as the two enjoyed a quick laugh at his unfortunate mistake.

Has Miley gone to the extreme of trying to distance herself from Disney? Or was this the true being under the pop princess shell?

Check out the video here http://www.youtube.com/watch?v=VzMsGMFPWr4