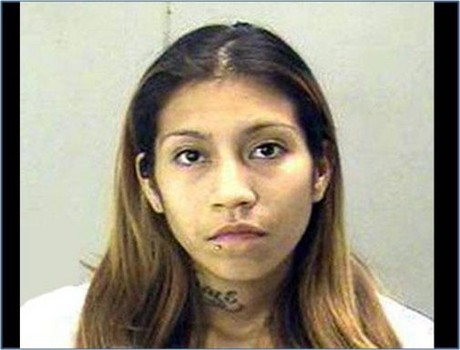 In 2011, a Dallas, Texas area mom was having “potty training” issues with her two year old daughter. As a result of her accident,  Elizabeth Escalona inflicted serious life-threatening injuries to her unsuspecting child.

Apparently Escalona was not able to control her frustrations of  teaching a young child  which ultimately resulted in her gluing the two year old girl’s hands to a wall while she proceeded to beat her.

The Los Angeles Times reported that the “girl had bruises everywhere and was even kicked in the vagina”. Her other injuries included bleeding on the brain, bite marks, a cracked rib and ripped skin from where her hands were glued to the wall.  Although the girl was in a coma for two days she recovered from her injuries. Unfortunately it’s too early to tell if she’ll have developmental damage. The LA Times also stated that girl is “talking and happy” and now resides with Escalona’s mother.

Escalona pleaded guilty to the charges against her and faces a potential life sentence although her prosecutors are pushing for a 45 year sentencing.

What are your thoughts on disciplining children? Maybe Escalona was having trouble in her personal life which led her to lash out at her child. Had she been able to sort through her feelings properly this tragedy could’ve possibly been avoided. While you ponder on it, check out my new book “Am I in a Bad Relationship?”.