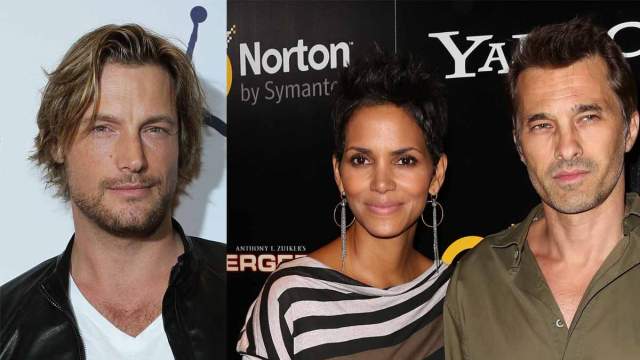 In the early hours of Turkey Day yesterday, Halle Berry’s ex-boyfriend Gabriel Aubry, and fiance Oliver Martinez, threw punches and low blows outside of Halle’s home right after Aubry conducted a routine drop-off/exchange with he and Halle’s daughter Nahla.

TMZ reports that the scuffle got started after some words were exchanged (most likely about their sticky love triangle/custody struggle between Halle and Nahla).

According to witnesses, Gabriel then pushed Olivier and threw a punch at his face, but Olivier blocked it and the punch struck him in the shoulder instead. We’re told Gabriel then pushed Olivier to the ground, and Olivier cold-cocked him in the face, and a struggle ensued, ending with Olivier pinning Gabriel to the ground http://www.tmz.com/2012/11/22/gabriel-aubry-arrested-fight-halle-berry-olivier-martin/.

With Aubry apparently being the instigator, he was charged with misdemeanor battery and was taken to jail. TMZ reported that before Aubry was taken into custody, he and Martinez were taken to the same ER for their injuries.
Luckily for Nahla,  TMZ also reported that she missed all the action because her mother rushed her inside before she could witness anything. Aubry has since been released from jail and a emergency protective order has been put into place against him.
-AskDrO Staff
Picture source: http://www.accesshollywood.com/halle-berrys-ex-gabriel-aubry-hospitalized-and-arrested-after-fight-with-her-fiance-olivier-martinez_article_72879