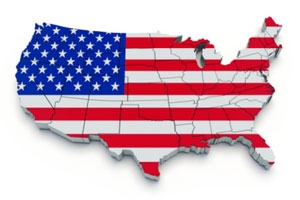 We all know the definition of a sore loser but this goes far beyond being upset over a lost sporting event. It’s not news that many people are upset over the re-election of President Obama, but they may be taking their frustrations to the extreme. Several states have formed petitions to leave the U.S. since Election Day.

According to NY Daily News, the petitions don’t cite Obama as the source of their formation but it’s not hard to conclude the reason since they were all made since his re-election. I don’t recall nor could I find this much backlash from the states regarding seceding the union when George W. Bush was in office for two terms.

NY Daily News reported that more than 20 states have filled petitions, including our own red state Georgia. Most of them have come from the deep South but “some have been filed on behalf of deep blue Democratic states, including Obama-loving New York and New Jersey. However, the New York petition was posted by a “C.R.” from Grand Forks, N.D.”

According to NY Daily News:

Under the rules of the “We the People” (created by the Obama White House) website, a petition needs 25,000 signatures to trigger a White House response. But the malcontents wanting out of the U.S. might not get an answer. The website states that the administration reserves the right to ignore petitions that fall outside the “limited purpose of the We the People platform,” or otherwise violate its participation rules http://www.nydailynews.com/news/politics/obama-win-surge-petitions-secede-article-1.1200854.

Some states have already reached the signature requirement . “The Texas petition posted last Friday  had cleared the signature threshold by Monday evening, with more than 27,000 signatures. A petition from Louisiana is also nearing the goal”.
Americans are reacting as if Obama wasn’t already in the Whit House which clearly meant that there was a possibility he would stay there. We’ll see how this “leaving the union” petition plays out.
Leave your comments below!
Dr. O
Picture source: http://www.immigrationdirect.com/immigration-articles/emigration-the-reverse-of-immigration/index.html