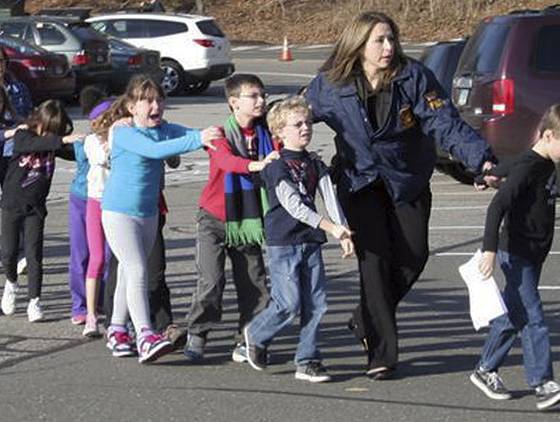 Eighteen children’s futures were stolen today after a gun man  conducted a mass shooting and killed a total of 27 people at Sandy Hook Elementary School in Newtown, Connecticut.  According to The New York Times, the majority of the fatalities were children ages 5-10.

The New York Times reported that the shooter, who was in his 20’s, walked into the classroom where his mother was teaching and shot and killed her. He then turned his weapon on 18 kids in the classroom. He also killed seven other adults and finally ended his killing spree by taking his own life.

President Obama was made aware of the situation around 10:30A.M. The following is an excerpt from his public address about the shooting.

“We’ve endured too many of these tragedies in these past few years and each time I learn the news I react not as a president but as anyone else would as a parent and that was especially true today,’’ Mr. Obama said on Friday afternoon. “I know there’s not a parent in America who doesn’t feel the same overwhelming grief that i do.”

Other reports have stated that there are also individuals who were wounded during the shooting so unfortunately the fatality number could increase as more details are uncovered.

It’s heart breaking to even think about those young lives in their last moments. It’s even more heart breaking to ponder on what their lives could have been. To add to the loss, the loved ones of the deceased victims won’t get to see justice served for the one responsible for this tragedy due to his suicide.

This shooting  is being classified as one of the worst in recent history joining the ranks of the Columbine and Aurora,  Colorado shootings.