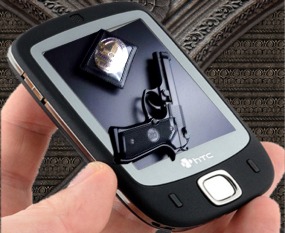 Who doesn’t love a smart phone? They’re basically portable computers that provide 24 hour internet access, endless apps and immediate content sharing all while letting you talk and text at the same time. But are smart phones becoming too “smart” for their own good? According to Black Media Scoop “tech-security experts are finding that phones can also shut off pacemakers, make cars crash, hijack houses, exhaust batteries in hospital equipment, and take over electrical systems”.

As reported by BMS:

All you need to undermine an implantable cardioverter-defibrillator (ICD), apparently, is a custom-built transmitter that makes a smartphone function like a wireless device used by doctors. Such a phone could signal an ICD to spit out 830 volts—a lethal zap.

The list goes on: house “smart meters,” appliances, external defibrillators—all are at risk. And our technological society will only invent more. “Only when these embedded computers start to kill a few people—one death won’t do it—will we take it seriously,” says Stuart McClure, chief technical officer at McAfee.

At the rate technology is advancing, it’s not hard to come to the conclusion that cell phones could eventually be deemed as lethal weapons. Mobile phones were created for convenience which is great considering all the features that accompany cell phones nowadays. However, the more we cater technology to consumers specific needs, the more we should consider what those advances in technology mean for the public and how they affect consumers as a whole.