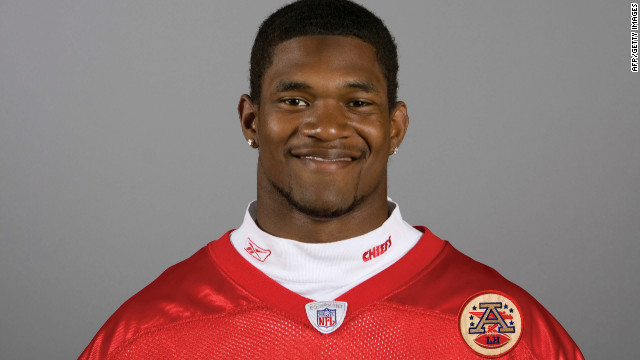 Yesterday we informed you that former Kansas City Chiefs player Jovan Belcher allegedly killed his long-time girlfriend and then committed suicide in our NFL Player Commits Murder Than Suicide story. While no one could really pin down what caused the days events to unfold, new details have surfaced as to why this tragic incident happened.

According to Yahoo! Sports, Belcher was upset that his now deceased girlfriend Kasandra Perkins, was out late with friends after attending a concert  featuring R&B artist Trey Songz . Belcher was also out late and slept in his car. After he arrived home, he and Perkins got into an argument.

Yahoo! Sports reported this from the Kansas City Star:

Seconds after fatally shooting his longtime girlfriend, Kansas City Chiefs linebacker Jovan Belcher leaned over her in their master bathroom, said he was sorry and kissed her on the forehead.

His mother, who heard gunfire as she stood in the kitchen, rushed to her son’s bedroom and watched his remorseful goodbye.

Belcher apologized to his mother, kissed his 3-month-old daughter and fled his rented home in the 5400 block of Crysler Avenue in his Bentley http://sports.yahoo.com/blogs/nfl-shutdown-corner/police-report-shows-details-jovan-belcher-murder-suicide-152440857–nfl.html.

Yahoo! also reported that the Chiefs knew about the struggles Belcher was having at home stating that they “argued over relationship and financial issues for months before the tragic events unfolded on Saturday”.

Belcher reportedly said “I got to go…I can’t be here” as police closed in on him in an attempt to stop him before he fatally shot himself.