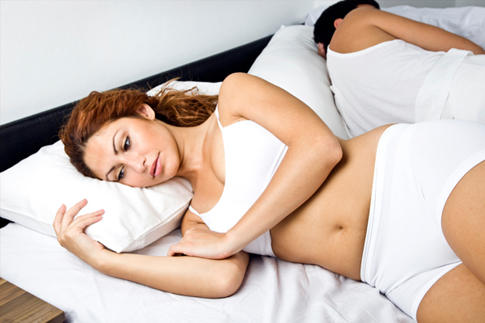 Contraception is readily available but individuals still have to make a conscious choice to utilize them. During the time leading up to intercourse, one might be pre-occupied or too distracted to focus on getting and using a condom or some other contraceptive. No one wants to kill the mood by frantically trying to find, purchase or “apply” a condom. Researchers from the University of Washington took this human error into consideration when they developed the “dissolving condom” .

According to Fox News, the dissolving condom was created for women and is meant to dissolve in the uterus. It not only prevents pregnancy like regular condoms by blocking sperm but it also releases drugs to prevent HIV and other STIs once its dissolved in the body. The dissolving ability comes from a process known as “electrospinning.

As reported by Fox News:

The condoms are made through a process called electrospinning, in which an electric field is used to throw charged fluid through the air.  Once the stream of fluid hits the field, it stretches and is shaped into nanometer-sized fibers, which can be manipulated to control their shape and solubility.  The fibers can ultimately incorporate other larger molecules – such as proteins and antibodies – which can are difficult to deliver through other methods http://www.foxnews.com/health/2012/12/11/dissolving-female-condoms-can-stop-hiv-and-unwanted-pregnancy/#ixzz2EmkHow76 .

Another unique factor about this product is that it has a time release feature. Fox News reported “the timing of the dissolution is also versatile – either dissolving within a few hours or gradually over a couple of days, and the different drugs can be released at different time periods”.

Research has allowed scientists to produce yet another convenience for consumers. HIV and STI blocking medicine in a condom that dissolves into your body seems like the full package. The individual just has to decide if they want to open it and receive it. However, though this new product seems like the ideal safe guard, think of what the long term effects of having chemicals of that nature dissolve in your body could be. Is there a limit to the number of times consumers can use this condom without side-effects? What happens to the consumer if it doesn’t dissolve properly?

Be smart, be safe and most importantly be aware of what’s right for you.