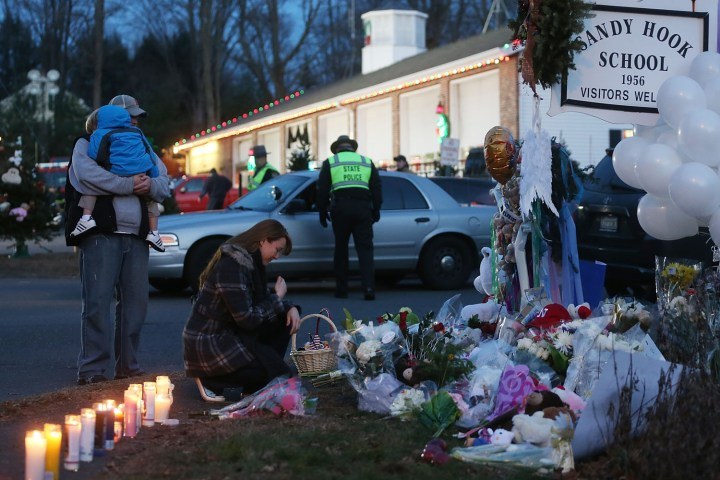 A six year old girl was able to escape the fatal Sandy Hook Elementary School shooting by pretending to be dead.

According to ABC News, the unidentified child was the lone survivor of the two first grade classrooms where Adam Lanza allegedly took the lives of  her 20 fellow classmates. The child’s pastor Jim Solomon, acted has her proxy by telling ABC that “She ran out of the school building covered from head to toe with blood and the first thing she said to her mom was, ‘Mommy, I’m OK but all my friends are dead”. A child who is clearly wise beyond her years was able to fool the shooter by “playing dead”.

ABC reported that the young girl was the first person to escape the building after the lock-down was released. Solomon told reporters that the girl described the shooter in the manner of a child.

“Well, she saw someone who she felt was angry and someone she felt was very mad,” Solomon said. “I think it’s impossible outside of divine intervention. She has wisdom beyond her years, for sure.”

Of the 20 children killed Friday in the Newtown, Conn., school, eight were boys and 12 were girls. Six staff members, all female, were also killed. “The mom told me – and I thought this was very insightful – that she was suffering from what she felt was survivor’s guilt because so many of her friends no longer have their children but she has hers,” Solomon said http://gma.yahoo.com/blogs/abc-blogs/sandy-hook-classroom-survivor-played-dead-165139277–abc-news-topstories.html.

Being the only survivor from the classrooms, this young girl and her family have a long road of mental recovery ahead of them. Since she’s so young and the tragedy is still very fresh, it’s probably too early to tell or determine how she will be affected. It’s extremely important that she and her family receive the proper mental health aid so that they are able to cope and heal from the incident.

Please continue to keep the grieving families and Newtown, Connecticut in your prayers.