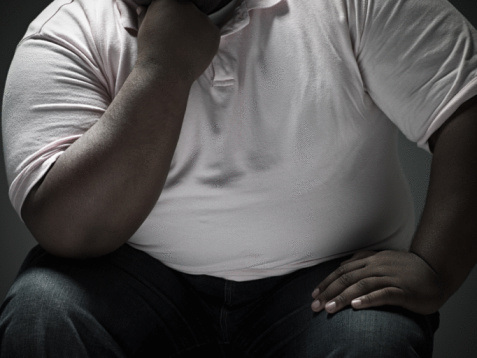 It’s no secret that the majority of the Black community isn’t too keen on exercise. We eat fried foods, prepare home-made meals full of calories aka “soul food”, and consume sweets like they’re going out of production.  Blacks tend to overlook the importance of eating veggies, making their bodies mobile and consuming  fruit. Because of this, “national data shows blacks experience more illness and injury and premature death related to preventable health problems like obesity, hypertension and diabetes than Caucasians”.

As a whole, Blacks shy away from eating healthy and exercising but a new  study conducted by the University of Georgia (UGA), proved that if the Black community rallies together to support one another to live a healthier life-style, they’re more inclined to stick to it.

The main idea behind the study was that unhappy people have poorer diets. That would explain why obesity and other weight related issues are so rampant in the Black community. If everyone in your environment is doing the same thing as you, it’s going to be more of a challenge for you to go against the grain in the effort to better yourself. However, if your family and friends get on board with wanting to change their life-style, the decision could benefit everyone.

Online Athens of the Athens-Banner Herald reported that Catherine Walker O’Neal, a postdoctoral fellow in the UGA College of Family and Consumer Sciences’ department of human development and family science at UGA, was one of the people responsible for this research. “What we were able to show is that effect is buffered by social support. So, if you are not satisfied with your life, but have good social support, we don’t see the same detrimental effect in your eating behavior.”

According to Online Athens, the study researched a specific age group in the Black community to come up with their findings.

As reported by Online Athens:

Looking at a group of 178 church-going blacks in north Florida, O’Neal observed the mitigating effects an encouraging support system can have on eating habits among dissatisfied participants ages 43 to 78. The results were published in the November issue of the Journal of Nutrition, Health and Aging. Researchers surveyed the participants’ food choices, perceived level of social support and life satisfaction. Individuals who were dissatisfied with their lives generally reported poorer eating choices. Social support lessened the risk http://onlineathens.com/breaking-news/2012-12-06/uga-study-suggests-social-support-can-improve-health-black-americans.

Research has proven that Blacks are more unhealthy than other races but it doesn’t have to remain that way. There is strength in numbers, so if the community makes a conscious effort to improve their quality of life, we can alter the numbers research has on us.