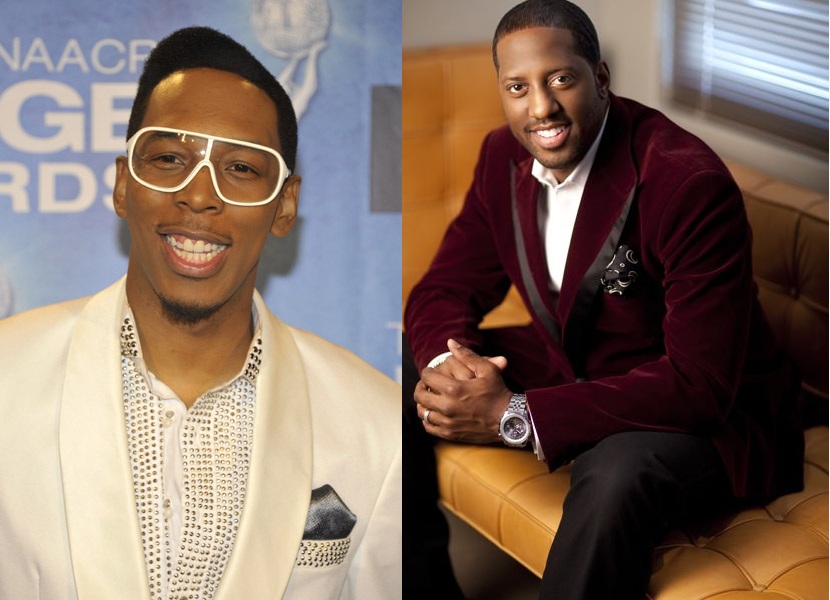 We have all fallen short of the glory and no sin is bigger than any other. That’s the beauty of the Christian faith. Once we’ve become members of the body of Christ, we are covered by the blood of the lamb and his grace when we mess up from time to time. Although God is a God of second chances, everyone else isn’t always as quick to throw baggage into the sea of forgetfulness. According to Black Media Scoop, popular gospel artists Deitrick Haddon and Isaac Carree did some verbal bashing via the internet over an alleged affair Carree  had with Haddon’s ex-wife.

Black Media Scoop reported that the “Well Done” singer released some details of his quiet divorce via Twitter back in 2011 from his ex wife of 15 years. He admitted to his faults in the marriage and assured the public that he and ex-wife Damita are fine and that they’ve both moved on. However, things took a turn for the worse when Haddon instigated the online backlash with a direct comment to the “In the Middle of It” singer accusing him of breaking up his marriage because of the alleged affair he had with his now ex-wife.

Below are the online statements from both Haddon and Carree. As reported by Black Media Scoop:

I appreciate your new song ‘Clean this house,” you know I’ve always been a fan of yours since day one & I’ve never done anything to hurt you but you left one sin out of your song that would have set the record straight & solidified my healing process & that is adultery! I hate to see you walk in deception when it’s unnecessary. Yes I have forgiven you but I want to see you be the true man that God is calling for all us to be.

It has been brought to my attention that Deitrick Haddon recently made some very hurtful statements about me. I, as well as my wife, are both shocked and confused by Deitrick’s actions. It saddens me that he would seek to engage in mudslinging with me, especially because he and I have spoken openly and honestly about this, even long before his allegations. While I have no desire to drag these personal conversations into a public forum, he and I both know what the truth is. Still, I pray God’s best for him and his family. This weighs heavily on me, but I am grateful for the opportunity to speak from my heart. This will be the only statement that I will make regarding this situation.

Ouch! Talk about airing dirty laundry saints! So much for turning the other check. Whether it’s true or not, as believers, do you think it was appropriate for Haddon to slander Carree like this in such a public way? Or were his actions completely understandable for a man who was allegedly cheated on despite his faith?