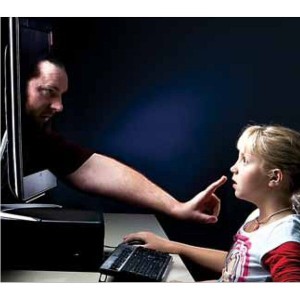 With all the parental controls, codes and special features built into electronics for parents and adult’s advantage, you would think that they would be making a bigger impact on what their child or children see and do on the internet but in reality it doesn’t. Yes, in the home or in a supposedly monitored facility such as a school, parental controls and codes have a better affect because they’re isolated to that particular home or school where parents or authorities can control them. But what about outside of school or the home? On ipads, mobile phones, tablets or anything else with an internet connection that parents have no control over? Kids can still access websites, social media platforms and chat rooms where they meet new people in an anonymous virtual world. For example, what is a parent supposed to do if they have no idea that their child is tweeting an anonymous follower on their friends phone to meet up with them later after school?

According to Yahoo! Shine, 30 percent of teen girls have followed through with meeting an online stranger in person despite their parents internet safety attempts and supervision. Dr. Jennie Noll of the University of Cincinnati, conducted a study with 251 girls to determine their internet habits and these results.

The results of the study are based on a survey of 251 adolescent girls aged 14 to 17 years old. Out of those 251, about 130 of these girls had reported “maltreatment,” a documented form of abuse. Dr. Noll and her colleagues wanted to see if the girls who had suffered maltreatment were any more likely to engage in risky Internet behavior.

Girls who have suffered from maltreatment are more likely to “present themselves online in a sexually provocative way than other teenage girls,” according to the study’s press release, leading to riskier Internet behavior.

Who’s to say what happened to them during their impromptu meeting?

Some of the young girls featured in this study were probably not receiving the proper amount of love and attention to help them grow and maintain self confidence, so they tried to gain it through internet admirers. Online predators or men in general will most likely gravitate to those that present themselves in a provocative manner because it’ s in their nature to do so. It’s practically impossible to completely shield our children from the internet because of it’s vast reach and technological influence. However, parents can still do their best by teaching their children about the dangers behind using the internet in addition to making sure they provide a loving, nurturing environment at home so that their child won’t feel the need to seek it elsewhere.