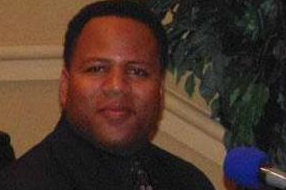 The church is meant to be a place of safety, both spiritually and naturally. It’s not just a building but a place of community worship and fellowship that should be seen as sacred because it’s where people come to seek the Lord. Unfortunately, many people have forgotten or undermine the purpose of the church and therefore abuse it.

Officer Wendell Palmer, was arrested and charged for allegedly raping a young girl in church ten years ago when he was the youth choir director at his family run church,  Bethuel Temple Church of Christ Apostolic in Southeast, D.C.

According to Black Media Scoop, the victim, who is now 19, stated that the abuse started at age 11 and mostly occurred at the church. The victim told her mother about the abuse that allegedly lasted for two years in March, which led to an investigation and arrest of Palmer. BMS reported that Palmer would dismiss the youth choir for a break and tell other children to leave but required his then 11 year old victim to stay behind. The abuse usually took place in the pastor’s office.

Palmer joined the police force in 1990 but has been suspended with pay until his case can be proven.

Our government says that  individuals are innocent until proven guilty so the verdict is still pending on Palmer. However I must say that something is very wrong with believers who don’t know or ignore the fact that the church should be a place of consecration. Meaning that we can’t perform the same actions such as eating, using foul language, bickering, or even not cleaning up after ourselves as we do at home or in other public places. So the fact that some people would even think about doing something inside the church that the church itself is supposed to help safeguard through the word of God, and in the pastor’s office of all places, is appalling.