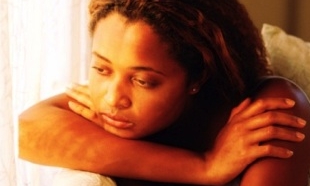 “I hate you mom!” “You’re ruining my life!” “I don’t know what’s wrong with me!” Ah, to be a teenage girl again. Being a teenager is one of the most interesting and yet possibly scary time in individuals lives. The teen world consists of constant peer pressures, school, friends and curiosity about sex. So don’t take it personally if your teen bubbles over too frequently or is displaying some questionable behavior, because it may not be entirely their fault.

Adjusting to authority and figuring out who you are as a person are all a part of growing up but adolescent growing pains can be hard to adjust to and it makes it twice as hard to adapt if you’re some how mentally unstable via disorders such as depression and anxiety. This is especially true for girls as oppose to boys as it it commonly believed that girls mature faster than boys both physically and emotionally. According to the Huffington Post, “girls are about twice as likely as their male counterparts to exhibit signs of mood disorders at 14-20 percent “.

Ron J. Steingard, MD, Associate Medical Director and Senior Pediatric Psychopharmacologist of the Child Mind Institute claims that one why to prove this is to examine how boys vs girls “respond to emotional stimuli”.

Steingard writes that girls mature faster than boys in terms of emotional recognition, and that this heightened sensitivity to emotional stimuli could act as a trigger for anxiety and depression. Early symptoms of these mood disorders in teenagers may include withdrawal and changes in behavior, such as decreased appetite, disrupted sleep patterns and poor academic performance, according to the Child Mind Institute.

In previous articles, we’ve informed you of the side effects that mental disorders such as depression and anxiety can cause. See Study Finds that One in 25 Teens has Attempted Suicide or AskDrO- Ten Ways to Beat Depression.

The Huff Post also reported that “mood disorders such as depression — as well as drug abuse, eating disorders, attention disorders and other behavioral issues — are also linked to suicidal behavior in adolescents” so its imperative that adults/parents pay attention to the signs of these disorders because if not treated, it’s likely that they will follow them to adulthood.

Growing up is hard enough as it is, so anything added to that can seem unbearable at times. If your child or some else you know is battling with depression or other mood disorder, please contact my office at (404) 575- 4785 to set up an appointment.