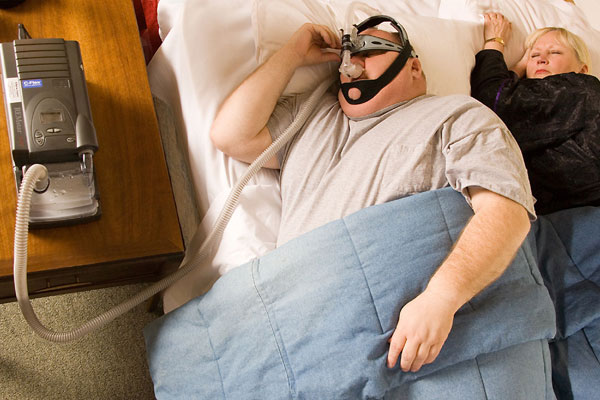 Obesity and being overweight is a growing epidemic in the U.S. So much so, that campaigns from the White House like First Lady Michelle Obama’s “Let Move” initiative down to reality shows such as NBC’s “The Biggest Loser”, are making efforts to help people shed the extra pounds in addition to educating people on the importance of exercise and healthy living. Many Americans are aware that being overweight puts individuals at a high risk of developing diabetes and heart disease but a recent study determined that few were aware that it can also cause health issues such as cancer, infertility and even sleep apnea.

According to Yahoo! News, the Associated Press-NORC Center for Public Affairs Research conducted a poll from November 21- December 14 that determined that most Americans are naive to the full spectrum of health problems caused by obesity and being overweight.

Only 7 percent of people surveyed mentioned cancer, although doctors long have known that fat increases the risk of developing cancers of the colon, breast, prostate, uterus and certain other sites. Plus, being overweight can make it harder to spot tumors early and to treat them.

In another complication, the AP-NORC Center survey found that about half of people think their weight is just about right, and only 12 percent of parents think their child is overweight. That’s even though government figures show two-thirds of U.S. adults, and one-third of children and teens, are either overweight or obese.

Yahoo! also reported that only about half of the people surveyed had discussed the risks of being overweight with their doctors and none were aware of the infertility factor.

Exercise is a pain in the “you know what” for most people, hence the growing obesity rate. However the fact of the matter is that its a huge problem for our country that’s very curable. Increased weight on the joints causes them to wear down before their time. Sleeping is a struggle for many obese people because their bodies are working overtime to ensure they wake up the next morning. These problems can be relieved with a healthy weight, exercise and proper diet to help maintain the lost pounds. We should all strive to take better care of ourselves no matter what our current weight is. It’s been proven that exercise and a proper diet are the keys to longevity, so why not open the door to a bright and healthy future?