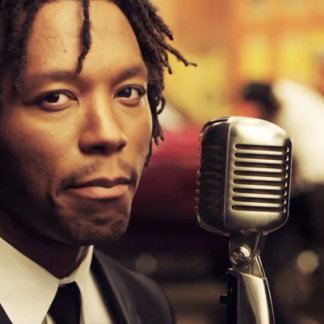 As Americans, we are all entitled to our opinions and how we choose to express them. That means it’s okay to petition for a show not to appear on television, it’s fine if you want to unleash verbal rants to the public online and it’s even perfectly acceptable if you don’t like or didn’t vote for our 44th President of the United States, Barrack Obama. While all of these actions are tolerated, it appears that rapper Lupe Fiasco may have taken his freedom of speech too far after he was s thrown off stage during an inaugural event for supposedly disrespecting the Commander in Chief.

According to the Huffington Post, Fiasco was the headliner for the StartUp RockOn concert to celebrate the re-election of President Obama. Being that he was at an event to celebrate the president, one might think that the Chicago rapper might have offered a few celebratory remarks but no. After shortly taking the stage Fiasco reportedly said he didn’t vote for Obama and then “spent more than 30 minutes performing an anti-war song”.

The Huff Post reported that this isn’t the first time Obama has been bashed by Fiasco. Last year, he had some direct words for the president in a Complex Magazine interview.

“I’m talking about ordering a drone attack,” Fiasco said. “Ordering drone attacks that go and kill mothers, innocent bystanders, children. Militants too, but the collateral damage. You’re responsible for that, too.”

After the incident, an official statement was released from the founders of the organization that claimed Fiasco wasn’t thrown off stage for his negative attitude and opinions towards Obama.

“This was not about his opinions. Instead, after a bizarrely repetitive, jarring performance that left the crowd vocally dissatisfied, organizers decided to move on to the next act.”

What do you think of Fiasco’s actions? Should he have considered keeping his opinions to himself since he agreed to perform at a “pro” Obama event in the first place?