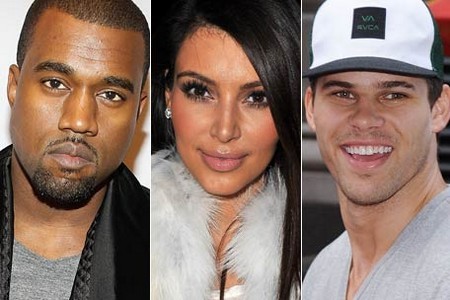 By now, the whole world knows that that Kim K is pregnant by her baby daddy Kanye West after he (in true Kanye style) blurted it out at one of his concerts last week. Reports have stated that Kim and the Kardashian Klan are excited about their new soon to be family member. The only problem is that Kim is still technically married to her husband of 72 days,  Nets basketball star, Kris Humphries.

According to RadarOnline, Kardashian would already be married to West if her divorce wasn’t being so dragged out. “Kim feels that Kris is hell bent on dragging her name through the mud by prolonging the divorce proceedings” reported Radar. Unfortunately, divorce is not in the near future for the two because their official trial won’t start until June due to conflicting schedules. The new Kardashian baby is set to be born in June as well.

Kim knows that she most likely will still be married to Kris when she gives birth to Kanye’s baby, and that absolutely sickens her. Kim has been pressuring her attorney, Laura Wasser, to get Humphries to sign off on the divorce, to no avail. Kris is holding the position that if Kim grants him an annulment on the grounds that the marriage was a sham, this whole thing ends. However, Kim won’t give in to his demands because it would damage her brand,” the insider added.

Was this marriage truly a sham for more Kardashian publicity? Tell us your thoughts!