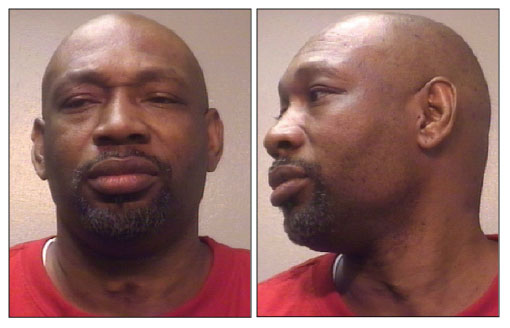 The national month of recognition for domestic violence is in October, but like any other epidemic, it’s happening year round. Yesterday we informed that African-Americans make up the majority of domestic violence victims and the fact that a Black man severely beat his girlfriend into critical condition this week only adds to the statistics.

Coweta county man David Bennett, 48 was arrested Tuesday  assaulting his girlfriend, 32 year-old Nicole Lee Hernane. According to the Times-Herald, “It does not look very good … her skull is fractured. She was hit in the head, shoulder, ribs, just about everywhere,” said Major Jimmy Yarbrough with the Coweta County Sheriff’s Office.

The Times-Herald reported that the incident took place at the couple’s home and that Bennett fled the scene to a relative’s house after beating Hernane. Authorities moved in and arrested him after finding his car parked outside the building.

“He still had bloody clothing on from the incident,” Yarbrough said, adding Bennett was arrested without incident. “He was pretty well outnumbered.”

To add to the confirmation of negative statistics regarding the Black community, Times-Herald also reported that Bennett was a repeat offender with outstanding warrants.

Hernane was taken to Atlanta Medical Center and is now on life support.

The cause of this altercation was not given but factors such as low income, broken or dysfunctional families, poor housing, stress and imprisonment are all considered triggers for domestic violence in Black homes. Many are unable to rise above the poverty stigma and generalized perceptions and therefore become frustrated by the weight of it causing some to lash out violently.

If you’re involved in a violent or bad relationship and would like advice on how to overcome the situation, purchase Dr. O’s book “Am I in a Bad Relationship?” today or contact your local authorities for more assistance.

Click here to take an anonymous survey on domestic violence.