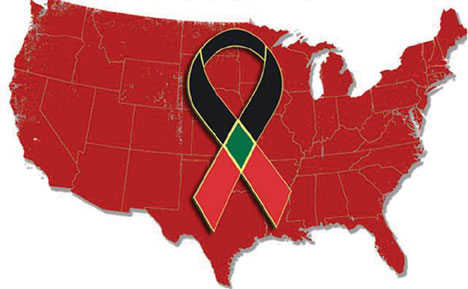 Today is National Black HIV/AIDS Awareness Day and what better way to help celebrate than to announce the decline of the disease among Black women.  According to Black Media Scoop, “new HIV infections among black women in the U.S. are dropping for the first time in more than a decade”.

The Center for Disease Control and Prevention (CDC) reports that “more than 1.1 million people in the United States are living with HIV infection, and almost 1 in 5 (18.1%) are unaware of their infection” so it’s definitely a nice change to know that one of the demographics affected most by the disease are getting better at preventing it. Dr. Donna McCree, associate director of the Health Equity Division of HIV/AIDS Prevention for the CDC  said that ” black women accounted for 13 percent of new cases and that nearly two-thirds of new cases, about 64 percent, are among women.”

BMS reported that while the decline is good news, the CDC is skeptical of how long it will actually last. Despite the persistent efforts of the CDC  and the Black community informing and testing the public for HIV/AIDS, they are still the most susceptible to contract it during sexual acts since a great number are already infected with it and many don’t even know or can afford treatment if they do.

The following are also obstacles that the Black community faces that leave the CDC doubtful of maintaining the decline.

Stigma and homophobia, which may prevent many from seeking HIV prevention; economic barriers and lack of insurance, which can limit access to HIV testing, treatment, and care; higher rates of incarceration among African American men, which can disrupt the stability of social and sexual networks in the broader community and decrease the number of available partners for women, helping to fuel the spread of HIV; and higher rates of other sexually transmitted infections, which can facilitate HIV acquisition and transmission.

On the contrary, although the CDC is doubtful of the new trend being long-term, they are still making efforts to continue helping the numbers go down with a $43 million dollar project to expand awareness and treatments. “We recently expanded a multimillion dollar testing initiative to reach more African Americans to offer HIV testing,” Jonathan Mermin, director of the CDC’s Division of HIV/AIDS Prevention, said in a statement released Tuesday.