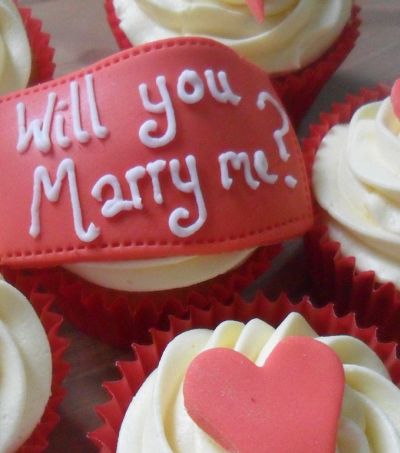 It’s almost  Valentine’s Day! Soon couples everywhere will be sitting down eating candle lit dinners, exchanging gifts and receiving bouquets of those annual V Day arrangements and teddy bears. For those that are really ready to get down to business, the National Day of Love is a popular time to propose.

Theoretically, although common, there is no better time to express your love in the ultimate way than to propose on the day that’s set aside for romance. The downside to this is that many women will anticipate a proposal during this time  and if you’re at the point in the relationship men sometimes don’t know how to properly execute the plan. Don’t fret. If you know that now is the time and Valentines Day is the day to make her yours, than there are still ways you can make it happen without making it totally obvious or going overboard.

According to Proposal Planner Michele Velazquez of The Huffington Post, there are many “Do’s” and “Don’ts” to consider when planning a V Day proposal. The main thing to remember is to make sure it’s a surprise and you can “accomplish this by doing something to throw her off”. For instance, tell her that you have to stop at the store on your way to dinner but pull up to an outdoor picnic you’ve set up instead (if she’s an outdoorsy girl, that is). On the flip side, the Huff Post suggests that you don’t need to over-plan or go overboard either. “You don’t need singers, dancers, limos, helicopters, flowers, picture frames, guitarists, mariachi bands, jugglers, and more. Just a couple “big” surprises are more than enough and even that is not necessary”. After all, the real and most important surprise of the night should be the proposal it’s self.

Here are few more tips for a Valentine’s Day proposal as reported from The Huffington Post:

Don’t propose at an expected time. Again, throwing her off is important so the last thing you want to do is to propose over dinner or some other obvious time. Do not have a waiter bring your ring out on a tray or anything predictable. The element of surprise is a must, especially on Valentine’s Day.

Do think about her personality type when deciding on the proposal idea. Ask yourself if she is the kind of girl who would enjoy a public or a private proposal before you start planning things. If your girlfriend hates to be the center of attention, a public proposal would likely mortify her.

Don’t hide the ring in a ridiculous place. This includes but is not limited to; in a champagne glass, in a cupcake, in a box of chocolates and last but not least, somewhere you can lose it or easily forget about it.

Whew, take a deep breath guys. It’ll be fine. Just remember that if everything else doesn’t go as planned, the purpose of the proposal is to hear a “Yes” at the end of it. Once you get that, the two of can just laugh over everything else that went wrong later.