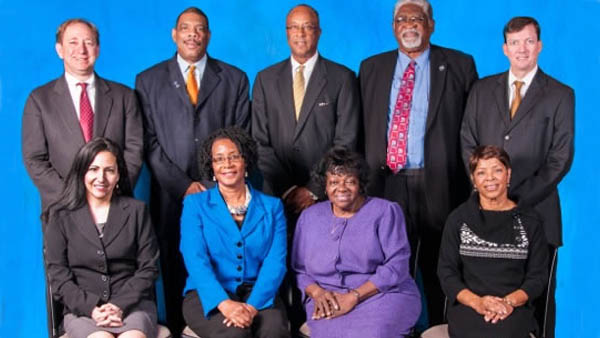 The Dekalb county school system is not at it’s best right now and from the actions taken by Governor Nathan Deal, they’ve been off their game for a while. According to The Atlanta Journal-Constitution, Deal, “signed an executive order to suspend six of nine DeKalb County School Board members” due to the district being on the brink of losing accreditation among other things.

The AJC reported that Dekalb serves over 100,00 kids and was already on thin ice after being  put on probation until the end of 2013 . The district proved to be performing poorly after “an audit of the school system found evidence of fiscal mismanagement and unethical practices”. The six members at risk of replacement were in charge during that time.

In a video of CBS news coverage, Governor Deal, says there was no time to waste when he came to his decision but a judge declared an action that put a halt to his initiative until Friday.

As reported by The Atlanta Journal-Constitution :

The governor, who is an attorney, said he doesn’t believe his action conflicts with the court’s order. Deal said U.S. District Judge Richard Story blocked the permanent removal of the school board members pending the upcoming hearing. Deal argued that the members wouldn’t be permanently removed until after an appeal period that extends well beyond the next hearing in Story’s court.

Things are pretty heated for the Dekalb school system right now but there is a silver lining. The AJC also reported that Rep. Howard Mosby, D-Atlanta, of the Southern Association of Colleges and Schools, Dekalb’s accrediting agency, has issued a May 31 deadline to show their progress. So all hope may not be lost just yet.

Although they’re on the chopping block, the “suspended board members have 30 days under Georgia law to apply for reinstatement”.

School Digger reports that Dekalb county ranks in at 130 out of 164 as far as the best  Georgia school districts go. So they’re not completely at the bottom of totem pole but apparently the governor sees more fault at hand and is seeking to improve the system.

What do you think the judge will rule on Friday? Does your child attend a Dekalb county school? How do you view the system? Did Governor Deal make the right choice to relieve six board members or was his decision too rash?