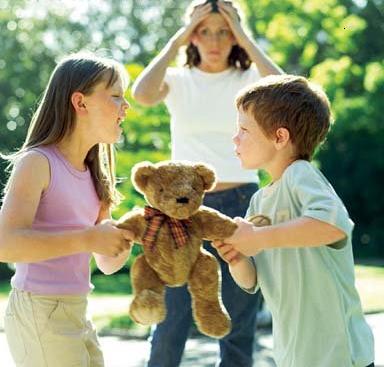 Children often get into fights with each other but they are usually nothing major. One child may have snatched a toy away from another or one may have accidentally stepped on the other one’s foot, resulting in a light shoving match. These are minor altercations and can usually be resolved with a simple sorry and small reprimand. However, this was not the case for two young New York girls and the adults associated with them. According to NY Daily News, police are investigating a YouTube video that featured two girls around ages seven or eight, being forced to “cock fight” while their care givers stand on the sidelines instigating and  encouraging them to fight each other.

NY Daily News reported that the fight went down at a New York park and the  footage was taken on a cell phone  but authorities have yet been able to identify which park. The girls are told to face each other and fight while on-lookers shout “slap her” and “whup her” into the tape. Luckily, the fight only entailed some hair pulling and moving around in circles since one of the girl’s refused to fight back even after her opponent initiated the altercation.

The little girl who refused to fight was referred to as “Puna” in the video. After she escaped the other girl’s grasp, she can be heard yelling  “I don’t want to hit her. I’m not playing. I like this little girl!”

NY Daily News reported that YouTube has removed the video.
I’m applaud that people would force children to fight for entertainment purposes as if they were in a caged match or something. Although shocking, it happens more often then most of us would like.
NY Daily News reported two other YouTube videos that featured children getting beat up. In July, a 13 year old girl was recorded getting jumped in Brooklyn and needed surgery afterwards. In December, NY Daily reported that a Georgia couple recorded and encouraged their middle school daughter to fight a 14 teen year-old girl.
What are your thoughts on these school yard “cock fights”?
Click here to watch the full fight footage.
Dr. O
Picture source: http://www.theblackguywhotips.com/2011/11/243-fear-the-children/