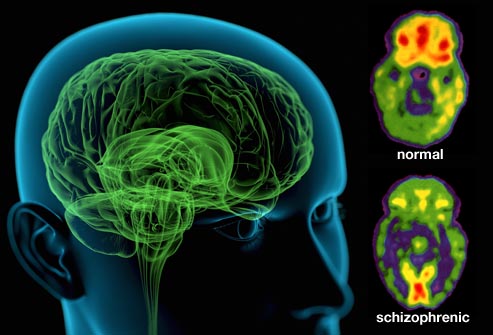 There’s a reason why doctors ask about your family medical history. The health history of one’s family can help doctor’s determine, rule out, or most importantly, give strategies on how to prevent what might/could be your ailment as well how to treat your particular case. If your family has a history of high blood pressure, then your probably more likely to get it then someone who’s family is not prone to high blood pressure. Hands down, as mentioned earlier, the best advantage of knowing someone’s family medical history is being able to provide preventative care for an illness.

According to Psych Central, new research results show that kids who have parents or siblings with schizophrenia, a severe mental disorder characterized by some but not all of the following which includes emotional blunting, intellectual deterioration, delusions, hallucinations etc., have “abnormal brain function” which shows that they too could be at risk of developing the mental disease. This means that “children at risk of developing schizophrenia have brains that function differently than those not at risk”.

Researchers from the University of North Carolina found out that “at-risk” children’s brains have “neural circuitry” that is over working itself and is stressed from doing things that kids with no medical history of the illness would stress about. “Scientists believe the finding could point to early warning signs or “vulnerability markers” for schizophrenia”.

Psych central reports that this new finding doesn’t necessarily mean that anyone with an immediate family member with the illness is destined to get it as well. Doctors are just hoping that the findings will help them identify individuals who are more at risk than others. However, readers should keep in mind that “individuals who have a first degree family member with schizophrenia have an 8- to 12-fold increased risk of developing the disease” but a proper diagnosis and symptoms must arise before anyone is technically labeled as schizophrenic.

As reported by Psych Central:

Experts say some of the earliest signs of schizophrenia are a decline in verbal memory, IQ and other mental functions; symptoms researchers believe stem from an inefficiency in cortical processing, the brain’s waning ability to tackle complex tasks.

If your child is displaying symptoms that lead to schizophrenia, seek medical attention immediately. Also, if this disease or any other is common in your family’s medical history, be sure to inquire about among medical professionals.