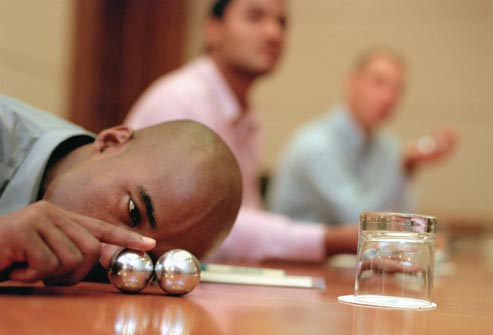 When kids are labeled as having Attention-deficit/hyperactivity disorder or ADHD, people often say they will simply grow out of their super hyper, fidgety behavior. While this proves to be true at sometimes, it’s not always the case. New results show that ADHD can carry over into adulthood with  “about a third of those diagnosed as children continue to have ADHD as adults” and it’s usually associated with other psychiatric illnesses such as depression and anxiety.

According to The Chart, the study followed 230 people born between 1976-1982 who were diagnosed with the disorder as children until they were 30 years of age. Unfortunately, the results show that suicide rates among adults who had ADHD as children are much higher than those who didn’t. The Chart reports that researchers believe the higher rates “are tied to depression and impulsive behavior”.

For ADHD kids, it’s sometimes difficult for them to focus in school. They can’t sit still and struggle with trying to complete assignments. “Their grades can suffer, and they tend to have trouble getting along with their peers”. According to The Chart, life doesn’t get any easier once they become adults.

As reported by The Chart:

As they grow up, people with ADHD are may be underemployed and are more inclined to have problems and accidents on the job, says Dr. Russell Barkley, clinical professor of psychiatry and pediatrics at the Medical University of South Carolina in Charleston.

Relationship and marital issues are not uncommon and they more likely to have substance abuse issues and higher arrest rates than those who do not have ADHD as a child, says Barkley. All of these troubles over time can lead to depression.

In lighter news, The Chart also reports that kids diagnosed with ADHD have a better chance at fighting the illness from entering adulthood because now we have better treatments to help them as oppose to the 70s and 80s.

Sometimes people who are not professionals, just dump the ADHD label on kids who may just be naturally energetic or are trouble makers in school. Not all hyper kids have ADHD, nor do all trouble makers, but if your child has been diagnosed by a medical professional, be sure to utilize all the resources available to help them develop into a well-functioning adult.