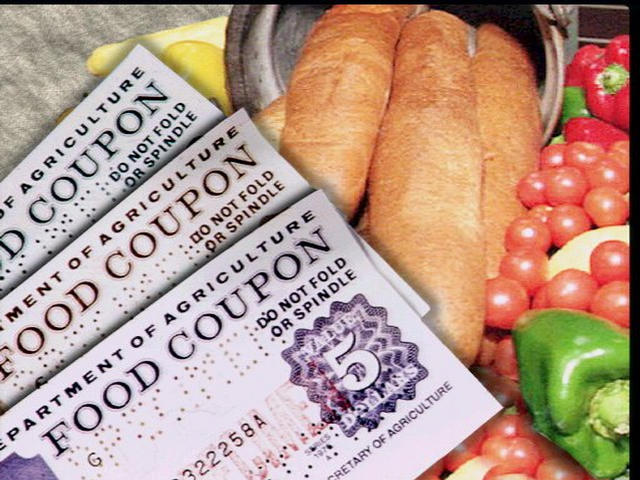 The state of the economy has taken its toll on many American consumers and their families. With unemployment and low-income, there are not many options left to support a family when there isn’t enough money to go around. Everyone at least wants their basic needs met (food, clothing and shelter) but when you can’t even manage to do that, then what do you do? For many people, that’s where food stamps come in. Food stamps are great in the sense that they help families or individuals meet their basic needs but it’s not all that great for the economy as a whole when too many people become dependent on them. According to World Magazine, 47.5 million people are on Supplemental Nutrition Assistance Program or SNAP.

According to World, children made up the majority of the SNAP population. In 2011 “19.9 million children, 26.9 percent of all Americans under 18”  or 45 percent of the people who received food stamp benefits two years ago. As of 2013, “6.5 Americans are now on food stamps, compared to 1 in 50 Americans in 1970”, meaning that the number of SNAP participants has risen by 29.5 million.

As reported by World Magazine:

This increase in SNAP recipients is the result of campaign efforts by welfare advocates to get more low-income families to join the program. In outreach efforts across the nation, they present SNAP not as a welfare program, but as an entitlement program, and encourage states to sign-up anyone who qualifies for aid.

World reported that The National Poverty Center stated that SNAP helped out severely poor families a great deal by helping reduce the number of  poor children by half but also stated that the center counted SNAPS benefits as a form of income. These benefits amounted to a total of 80.4 billion in 2012.

I see food stamps as bitter sweet. Yes they help out families in need but they also create a crutch to make them want to stay on government assistance. People may have to go on food stamps as a last resort but it should be temporary. Just until they get their feet back on the ground. Welfare is great for the people that really need and deserve it like the permanently disabled, but welfare shouldn’t be advocated if it’s not a necessity for survival.

Here’s an example of how people should be weened off government assistance. Say your husband was the sole income in the home and he lost his job a month ago. Now you have no money coming in and there’s a strain on the money you have left, so you apply for food stamps and you get them. After three months, you husband gets a new job. It’s not paying as well as his other job but his check is making ends meet. You family has to eat and you want them to eat good food, not just what you can afford. So in order to save money and pinch off costs here and there to help him, you start a small garden to grow you own vegetables and fruit. Now your food bill is cut down, you’re saving more money and you can gradually decrease the amount of money you get for SNAP until you’re off it completely.

Food stamp numbers are so high right now not only because people are in need but also because they are being encouraged to apply just because they can. But what’s going to happen if tighter restrictions are enforced to receive food stamps because of the sequester? We won’t know for certain which areas will be effected until the coming months, but 80.4 billion may or may not be available for food stamps next year. Will people start to become more independent and rely on themselves  as oppose to the government then?  Not to suggest that we revert back to a hunter and gatherer society, but think about the Amish, or people in the outskirts of America or outside it, who fend for themselves by making their own food, clothes, medicine and many other things they need to survive.