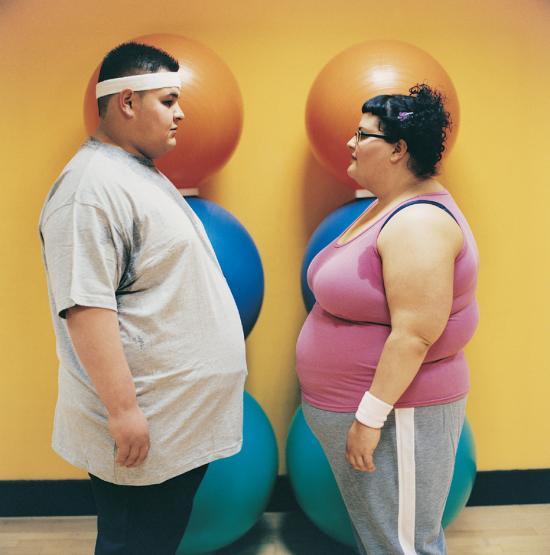 The issue of weight seems  to be the battle that most people lose or choose to forfeit. Some come out on the other side with a triumphant amount of pounds shed and kept off but many run for the hills and retreat after the first shots or attempts of losing weight prove to be too much of a challenge. When you look at your TV or listen to the radio, dietary supplements  and weight lose programs such as Nutri-System and Jenny Craig are referenced every 10 minutes or so. Making the public all the more aware that as a whole they should consider getting into shape and improving their health.

According to The Post Game on Yahoo! Sports, researchers from the National Institute on Aging, gathered information from a 50 year long study that found a “number of personality traits are directly linked to those prone to weight gain”. People who suffer from aggression, anxiety, are cynical or competitive, are all prone to gain more weight than those who don’t have these personality types. The biggest personality trait that packs on the pounds is impulsiveness.

But the study, which compared personality to weight- and body-mass index, found that, by far, the most powerful personality trait that causes belt loosening across the lifespan is being impulsive. In fact, highly impulsive people in the study packed on an average of 22 extra pounds over the years… Poor impulse control is the very feature that has people overloading at buffet tables and easily distracted from a weight-loss program. The key to losing fat and maintaining a healthy body weight is consistency. Impulsive people are less likely to stick to healthy routines long enough to maintain weight in the long term.

The Post Game also reported that cultural factors can contribute to weight gain. The study found that out of 2,000 participants equally divided by gender, 71 percent of them were White, highly educated (prestigious, Wall Street type)males. It suggests that the weight gain among Caucasians is linked to psychology while minority weight gain is due to home-cooked, family meals (aka “soul food” in the Black community).

Another interesting piece reported by The Post Game, is that psychotherapy for impulsive people may be more effective in helping them lose weight then work out plans and diet pills. Stating that the “side effect of therapy for this population would be improved relationships, as people with poor impulse control are also more likely to have affairs”.

Are you currently losing the battle of the bulge? Does your personality reflect the traits listed above?