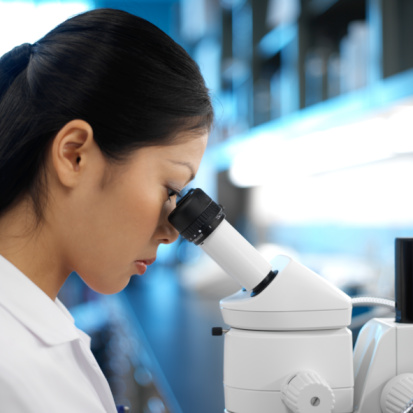 One of the most devastating realizations about HIV/AIDS is that once you’re infected there is no cure, only treatments and medications to help prolong your life. However, a case involving a two year old born with HIV may be the key to unlocking a cure for thousands affected by this disease. According to Black Media Scoop, a Mississippi baby born with HIV, who is now almost three years old, appears to have been cured through a vigorous treatment plan from doctors. The child’s doctors reported that the toddler has been off his medication about a year and has no traces of the virus inside him.

Black Media Scoop reported that the child’s mother had no prenatal care and that a test determined she was HIV positive while she was in labor. Usually, when doctors discover a mother has the disease, they give the newborn small doses of medication to help prevent HIV from taking root. Luckily for the child, the rural hospital it was born at didn’t have the proper medication so they sent it to a bigger hospital, Gay’s Medical Center, that gave the child large amounts of treatment.

BMS reported that the news of a cure came at a prominent AIDS meeting in Atlanta, GA last week. While there is no way to predict if the child will stay healthy, doctors say there are only traces of the illness left and that would mean that this two year old is the the second recorded cure for HIV/AIDS.  Timothy Ray Brown, of San Fransisco, was the first recorded cure. He had a special bone marrow transplant done five years ago and has been off his medication ever since.

You could call this about as close to a cure, if not a cure, that we’ve seen,’ Dr. Anthony Fauci of the National Institutes of Health said. A doctor gave this baby faster and stronger treatment than is usual, starting a three-drug infusion within 30 hours of birth. That was before tests confirmed the infant was infected and not just at risk from a mother whose HIV wasn’t diagnosed until she was in labor.

According to BMS, the child’s treatment that began at birth, eliminated “HIV in the baby’s blood before it could form hideouts in the body”. Dr. Deborah Persaud of Johns Hopkins Children’s Center, stated that these hideouts normally, reinfect themselves at alarming rates once a patient stops treatment. Her next plan of action is to “prove that, with more aggressive treatment of other high-risk babies, maybe we’ll be able to block this reservoir seeding,”Persaud said.

Doctors involved with the case say they can’t guarantee a cure for all HIV/AIDS positive babies but that they can grantee to prevent transmission of the disease through preventative testing. BMS also reported that the Mississippi toddler case suggests that there  maybe “different cures for different populations of HIV-infected people” and that scientists should re-evaluate children’s cases  and possible cures reported during the 90s that were dismissed.

To add to this good news, the child reportedly stopped treatment at 18 months. BMS reported that when the family and the child came back several moths later, hospital tests determined that there were still no remnants of the disease in the child’s blood.

As of now, the child is still HIV free and gets a check-up every few months to ensure the virus doesn’t return.

HIV/AIDS affects thousands of people globally. If this new strategy of treatment proves to work continuously, we should expect those numbers to decrease greatly.