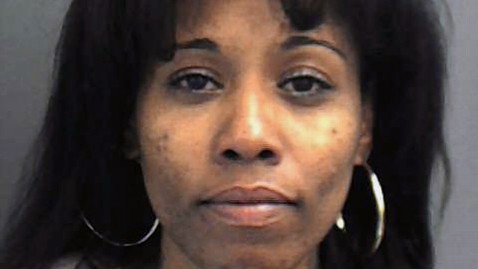 When kids are being bullied, we usually tell them to tell an adult that it’s happening and let them help address it with the bully and his/her parent. Nora Silva of Orange County Florida, took her sons fight directly to the bullies.

According to Black Media Scoop, Silva allegedly used a box cutter to defend her two teen sons after seeing them get bullied and beat up on after getting off the school bus. BMS reported that video footage from a neighbor’s home caught at least a dozen other boys from the neighborhood surrounding one of her sons and then pushing and punching him to the ground. Silva, 33, and her 63 year old mom then jumped in to help out.

“I jumped in the middle…and I grabbed him and told him, You are not going to hit my grandson,”  said Esther Silva.

It was reported that the grandmother was the one that pulled out the box-cutter and stabbed two teens in the back but police say it was a cover-up for the real culprit, her daughter Nora Silva.

“I got him [Silva’s son] on the ground and started punching him, and then she [Nora Silva] came from behind and just stabbed me in the back,”  said Marcus Walker one of the bullies involved int he fight.

Fortunately, their wounds were not serious so they they were treated and released but Nora Silva is being charged for aggravated child abuse.

I can understand a mother wanting to protect her kids, especially when she’s watching them get beat up. Nora Silva denies using a box cutter in the video but her mother isn’t remorseful at all for what happened. From the video, it seems like this was an on-going feud between the Silva and neighborhood boys. Was Nora Silva just fed up with the bullying and lashed out or was she really trying to cause some serious damage?

What would you have done? Stand by and try to talk the fight down or take physical action?