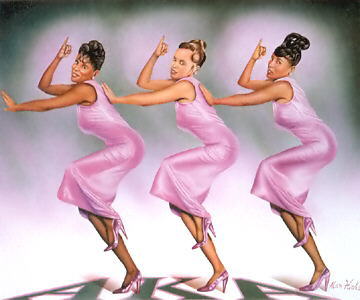 For aspiring greek members, having the chance to join their coveted fraternity or sorority is counted as a privilege. In the Black community, the prestigious names of  Alpha Phi Alpha Fraternity or Delta Sigma Theta Sorority, fuel potential members do almost anything required of them to become a part of these organizations. Historically, one of these requirements involves allowing people who are already members of the group, to haze those that want to join. For those of you that are not familiar with hazing, Dictionary.com defines it as being “subjected to harassment or ridicule”.

So, when pledges (people being initiated into a fraternity or sorority) are going through the process of becoming an official member, the are often forced to participate in embarrassing and sometimes dangerous activities together in order to form bonds. However, anything done in these organizations is meant and understood to be kept a secret among members and those involved. According to The Washington City Paper, two Howard University students decided this was not the proper way to go about gaining new members and are suing the Alpha Kappa Alpha sorority.

The WCP reported that seniors Laurin Compton and Lauren Cofield, filed a lawsuit on February 28th claiming that their human rights had been violated and that Howard failed to protect students who chose not to be hazed. According to the lawsuit, the trouble began back in 2010 when the two were freshman at the time were invited to “Ivy Day”, a day set aside for current and prospective members. According to The WCP, the two were “expecting to find sisterhood, but what they allegedly found instead was hazing”! Some of the hazing was innocent like not being permitted to wear the colors pink and green or not being allowed to speak to non-AKA members but other times hazing can be taken to the extreme. For example, 12 students associated with the 2011 hazing death of Florida A&M University drum major Robert Champion Jr., are now being faced with manslaughter charges.

When Cofield’s mother(also an AKA) wrote a complaint, her daughter and Compton became ridiculed and known as  “snitch-friendly” or “snitch-sympathists” among the organization. It appears that their actions may have cost them potential membership to the AKA sorority because when 2013 arrived, they still weren’t members.

Here’s the response given when they tried to apply again. As reported by The Washington City Paper:

When they applied again, they say they were told that they couldn’t be accepted because of a cap on new sisters. Much of the lawsuit hinges on this, but the gist is that Cofield and Compton say that, as legacies, they should be among the first to be inducted, and the sorority says there’s nothing they can do to get around the cap.

The WCP also reports that Cofield and Compton say their human rights were violated due to their legacy status. Since both of their mothers are AKA’s they felt as if they were being singled out because of their “familial status”—”a protected class under the D.C. Human Rights Act”. The two are also seeking monetary damages and that the pledging process be put on hold.

Considering the recent light shed on the dangers of hazing, were Cofield and Compton right to sue? Or is this just some extreme measure to make sure they gain membership? Even if they win the case and the AKA’s are some how forced to make them members, do you think they’ll be as welcoming after being sued and forced to let them join an organization that others have to earn membership to?