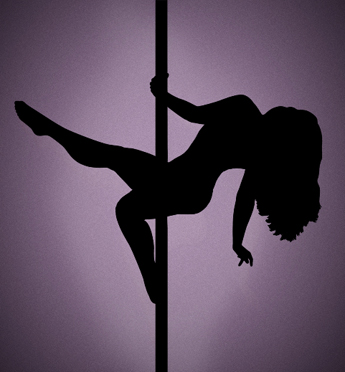 Too many people are compromising the Gospel in order to try and get better results. Playing secular music, having the best singers and omitting the “fire and brimstone” message may get you a church full of members which looks good to the naked eye but what good is that if out of all those members only one to none posses power through Jesus Christ? A church of this nature is stale. It’s lost it’s flavor and it’s dry.  The Word says that “we are the salt of the earth” (Matthew 5:13-16). Think about a fresh pack of cookies or crackers. When you open up a new pack, they’re crunchy, flavorful and fresh. They satisfy you when you’re hungry and you’re going to want more. But once they become stale, they may still look the same as before, but once you take a bite, you find that they’re either hard, dry or taste funny.  So you discard them.

I recently stumbled upon a YouTube video featuring a female minister and her husband. This is not uncommon, as YouTube is filled with videos of people preaching the Gospel. What was uncommon and unacceptable, was her appearance while trying to present the Word. The woman in the video wore a short, tight dress that exposed her breast( she even experiences a nip-slip) as she looked into the camera to teach on the “The Gospel from the Strippers Pole”.

Frankly, I was applaud at the video. As a man, I know how this video will be perceived by male viewers but I wanted to get some insight from a female so I called in my good, long-time friend Co-Pastor Teresa Goggins, from Thy Kingdom Has Come International Ministries. Here is our interview:

Dr. Owens: First off, what are your initial thoughts on the video Co-Pastor? Is this Okay?

Co-Pastor Goggins: No, it’s not okay. I didn’t hear a word she said. There was too much flesh on parade. 1 Timothy 2:9 says that women should dress modestly. Women should never wear anything that draws attention to their body and away from the Word of God. I believe its just another way to water down the Gospel. She looks like she just wants to be seen, glorifying her flesh instead of God.

Dr. O: Why do you think the lady in the video chose this approach to bring forth a Word?

Co-P: I see it as a lack of teaching. People think they have to conform and water down the Gospel for it to be heard but the Gospel will be heard regardless. First, anyone that has some sort of biblical teaching is aware of the dress code to minister in. Everything is covered up. Women normally wear long skirts, dresses or robes and little to no jewelry. This is why holiness is so imperative for women to learn. Again, nothing worn while ministering should make people look or lust after you while you’re trying to teach/preach.

Second, you can’t go from the pole to the pulpit. It takes time to develop spiritually. So you think someone fresh out the club can minister at the level of someone that’s been doing it for 20 plus years? That’s just not gon’ work, sorry. Anyone that has been purged and consecrated by God wouldn’t stand before his people in that type of attire because conviction would take place. But the church as a whole  has to stand up and say that it’s unacceptable, not just me.

Dr. O: What you think about her husband nonchalantly sitting beside her?

Co-P: It shows that he doesn’t know who he is in Christ, a lack of priesthood. Priests are to protect and cover. Normally, men don’t want their wives parading their bodies for other people, not to mention recording it for the world to see. I barely noticed him in the video, because his wife was the dominant figure.

Dr. O: Any final thoughts on this video and the message it portrays?

Co-P: It saddens me to know that we’ve dropped the ball in Christ. You don’t have to show your body for the Gospel’s sake. God will get His glory by any means necessary and I think it’s sad that we would lower our Godly standards. As far as the video goes, I just wanted to stress that modesty is a must when preaching to God’s people. People will be looking at this young lady, especially men, instead of focusing on what she has to say and that should never be the case when we minister. We should decrease, set our own will and agenda aside so that God can increase through us and get the glory he so strongly deserves.

Do you agree with Co-Pastor Goggins? Would you take someone seriously dressed like this?