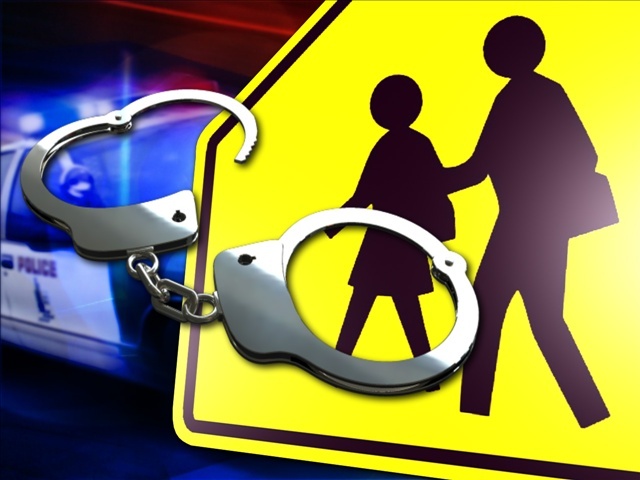 Parents! Get yo kids! Kids shouldn’t come to school ready and willing to fight to the death. If your kids have unresolved anger issues or are dealing with some repressed feelings from a traumatic event in their life, get them some help i.e, counseling, therapy or psychiatric evaluation! If they’re angry at home, chances are they’re going to be angry at school too. The girl in this video is riled up, and I mean riled up good. We can’t really tell what started the argument, but apparently the 13 year old girl in the video was being kicked out of class for something, probably for causing a disturbance of some kind. The teacher shouts at her but she refuses to leave. Then when he goes to physically remove her, all hell breaks lose. I don’t know about you, but that seventh grader got some pretty decent blows in. If she was coming at me like that, I probably would have considered throwing a desk to stop her too. Truth be told, she kind of over powered the teacher finally pushing and backing him into a corner.

In the end, the girl is clearly upset screaming “don’t touch me” and confirming with her class that “he hit me first” while a classmate tries to calm her down, after the fact (why do people always want to help after the damage is done? Oh yeah, cause they don’t want to miss anything for the YouTube recording lol).

This would not have happened back in my day because the teacher had the authority, not the kids. I believe that kids had a type of fear and respect for their teachers that was similar to the fear and respect they had for their parents. Of course there were no conveniently portable cameras back then but I’m confident that the above seen would not have played out as shown. I couldn’t imagine sitting in class with Mrs. Applebee going over our history lesson only to interrupted by an irate 13 year old that clearly has some behavioral and anger issues screaming at her to “shut the F*** up!” This must be why so many teachers have given up on trying to provide a quality education and just pass kids along to get them out of their hair.

Now let’s talk about the teacher. While teachers shouldn’t touch students and vice versa, should he have been more upfront and stern about the issue? Clearly the girl was not threatened by a write up or being sent to the principle, so what would have worked better in this situation?

Here are a few pieces of advice from TeachHub:

How do you think this would have turned out if the races were switched between the student and teacher? Are Black kids more likely to start fights or cause trouble in classrooms than other races? After all, it’s how the media and society like to portray the majority of us anyway. Do you think that part of the reason this girl acted out like this was because people expect her too? Do I have any teachers reading? How would you have handled it?