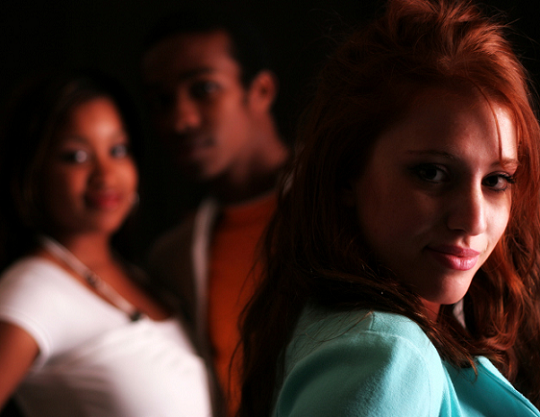 This is  common phenomenology in some church circles. Because there are “a limited number of single, heterosexual and eligible” per the black women’s blog report, many women choose to have a piece of a man rather than no man at all. Now, why is the church seemingly a bed for a lot of extra-marital affairs? I have a theory.

It is my observation that many lonely African-American women use the church as a panacea and thereby become vulnerable to its influences (married pastors, deacons, saints and friends). We would all have to admit, if you have been in the church more than 10 consecutive years, that you have heard of a rumor that somebody is going with somebody else’s husbands. I have even known of fights to break out in the actual edifice.

Now, even Eve was tempted in the “Garden of Eden” so why wouldn’t most of us have to keep our guards up in between the offerings at church LOL. I have informally counseled several church women in this conundrum. I tell them to get out quickly because 9 times out of 10, “he ain’t going to leave his wife!”  This is just a basic fact. Most men like their toys, but after they have spun the tops for awhile, they will either discard them or put them back in the box retiring them from play.  It is a problem when you becomes someone’s playground, so ladies be careful. This not only happens at the church, but it can also happen at work. When it happens at work, it can be more of an issue. In essence, don’t play where your pay comes from people.

What should you do if you are sleeping with someone’s wife/husband?

It is very important that we discuss this issue because they are so many conflicts in our churches and most of them stem from illicit relationships that should have never existed. I am talking about relationships from the pulpit to the door. Yes maim, from the preachers to the pastors. From the ushers to the choir members, we all can become vulnerable to the “apple” that Eve ate in the Garden. However, remember men, although Eve ate first, Adam had the mandate NOT to bend and he did anyway.

Many ladies state that its hard to get out because the sex is good and “he pays my rent.” When this is the case, you have another set of problems that have to be dealt with immediately. The worse thing that I have ever seen happen is when he dies, the wife then demolishes the mistress and leaves her out cold in the snow. Yes, this happens a lot in the Atlanta, D.C., Chicago and New York City. So ladies be careful. However, if you are going to stay in sin or that extra-marital relationship, get your own and separate insurance policy on him (make sure that you are the beneficiary) so that your life style won’t flat-line when he does.

Thanks for stopping by again. Also, stop by www.AskDrO.com and check out my new book, “Am I in  a Bad Relationship?” This is a very good quick read that has been helpful to most people who have had the opportunity to read it a few times.