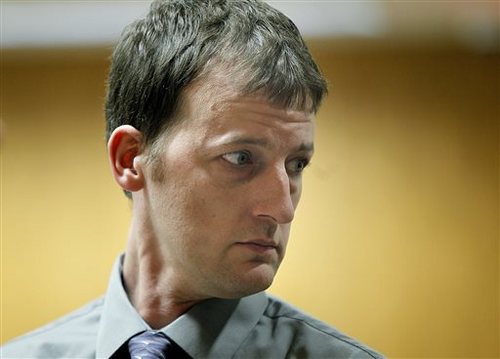 With 50 percent of Americans being divorced, it’s not not unheard of to have one party that’s still bitter over the failed relationship. Many people hope to  move onto bigger and better things after a failed relationship and choose to re-marry after divorce. According to Remarriage, most people wait at least three and  half years before getting remarried and for people 25 and older, more men 52 percent, remarried then woman 42 percent. Are you wondering about that 10 percent lead the men have on the ladies in the second-go-round? We can discuss that in another post.

While the re-marriage rate is pretty decent, there are those that never find peace with the situation. These individuals may have never really wanted the divorce and believed that he/she and their partner could have worked things out, they could change or may just need counseling.  Now that the marriage is officially over, they may be or have been internalizing issues, dwelling on what could have been and or make attempts to win their ex back. This could lead to more trouble down the road if you don’t keep a close watch on it. Sadly this was the case for one divorced Wisconsin man.  I recently read an article in the Huffington Post, that told the story of man who killed his three young daughters to get back at his ex-wife for divorcing him.

Now, you might be saying, “how can a parent kill their children in cold blood” and for revenge no less? Well, it’s important to remember that if one’s mind is out of sync, they’re capable of doing things that they wouldn’t normally do under ordinary circumstances or if they were in the right mindset.

According to The Huffington Post, Aaron Schaffhausen, 35 could get a life sentence for murdering his three daughters in their beds last year. His ex allowed him to come to town and see his kids. While she was gone, he murdered them. His jury threw out his insanity plea because he admitted to the crime but still determined he had a “mental defect because he still understood what he was doing was wrong”. After the deed was done, he even contacted his ex by saying “You can come home now, I killed the kids.”

Police arrived to find the girls lying in their beds, their throats slit and their blankets pulled up to their necks. White T-shirts were tied around their necks. Prosecutors said Aaron did that to keep their blood off his own clothes as he put them in bed. Cecilia also showed signs of strangulation.

According to the article, it’s believed that Schaffhausen’s case was a   “catathymic homicide, evident by months of unwanted fantasies or desire to kill his girls, followed by a violent act – then a feeling of relief”. Remember how I was talking about not being in the right frame of mind will make you do things you wouldn’t normally do? On top of that, it seems like Schaffhausen never received or went through the proper steps to cope with ending a bad relationship. This, on top of his mental disorder that cause him to have the desire to murder is family, resulted in unnecessary deaths and additional pain.

When you’re going through a break up or have already done so, it’s important to keep these things in mind to keep yourself encouraged until you get out your funk.

I hope this post was informative and helpful in some way. If you’re having serious issues dealing with a break-up or know someone who is acting out because of a failed relationship, seek help immediately.