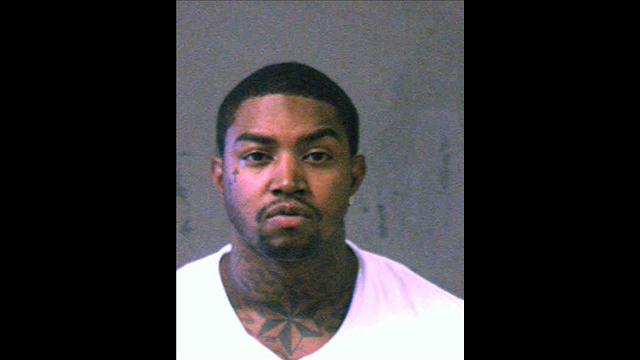 Atlanta, Georgia seems to be the popular place to get into trouble lately. Oscar winning, A-List actress Reese Witherspoon and Atl rapper turned reality TV star Lil Scrappy, both took a ride to the big house within days of each other. According to TMZ, Scrappy had a warrant out for his arrest for refusing to submit a urine sample. Really, Scrappy? If it meant avoiding jail time, I’m sure anyone else would have shaken a fresh sample out. BUT, there’s only one reason why someone would be reluctant to re-take a  urine test and that’s because they cheated with someone else’s pee the first time. TMZ reported that “Scrappy tried to turn in a urine sample that was cold to the touch and may have been tampered with … and when asked to submit another cup, he refused”. Oh, Scrappy. You’ve gotta get off that stuff!

One a more serious note, Scrappy is only adding to the staggering number of Black males already incarcerated. According to American Progress, Blacks and other people of color make up 30 percent of the population and make up over half (60%) of the prison population. That means that “1 in every 15 African American men and 1 in every 36 Hispanic men are incarcerated in comparison to 1 in every 106 white men”. And to my career criminals of color out there, keep in mind that reports show that Black prisoners get sentences ten percent longer than White prisoners for the SAME crimes!

Now for Mrs. Witherspoon. According to Fox, Reese was taken to the big house for being “hard-headed” as we people of color like to say. Reese’s husband was driving under the influence and they were pulled over for a traffic violation, that turned into an arrest when her husband failed the sobriety test and she kept getting out the car (she got three times) after the cop told her to stay put. She reportedly asked the cop “Do you know my name?” as if to say “I’m a famous movie star, you couldn’t be arresting me right now”. That’s when the cop slapped the cuffs on her and her husband. After the alcohol wore off, here’s what Reese said about her drunken night of adventure. 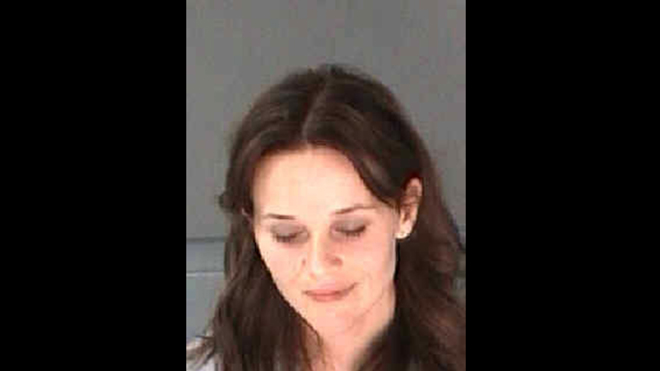 As reported by Fox:

“I clearly had one drink too many and I am deeply embarrassed about the things I said,” Witherspoon said. “It was definitely a scary situation and I was frightened for my husband, but that is no excuse. I was disrespectful to the officer who was just doing his job. I have nothing but respect for the police and I’m very sorry for my behavior.”

Reese, I’m pretty comfortable saying that you’ve probably learned your lesson on this one. You seem to be a pretty clean celeb who stays out of trouble and drama (other than this of course). From what we hear about you in pop culture, you seem to have a decent reputation and family life so I’m sure the public will forgive you for this in no time. After all, you are one of America’s sweethearts.
This has been a hot few days for my peach state. Run on back to the Hollywood hills Mrs. Witherspoon and Scrappy, next time someone asks you to do a urine test, bring your own supply.
Dr. O
Picture sources: http://www.11alive.com/news/article/259107/40/Rapper-Lil-Scrappy-arrested-in-DeKalb-County-
http://www.foxnews.com/entertainment/2013/04/22/reese-witherspoon-has-been-charged-with-disorderly-conduct-after-husband/