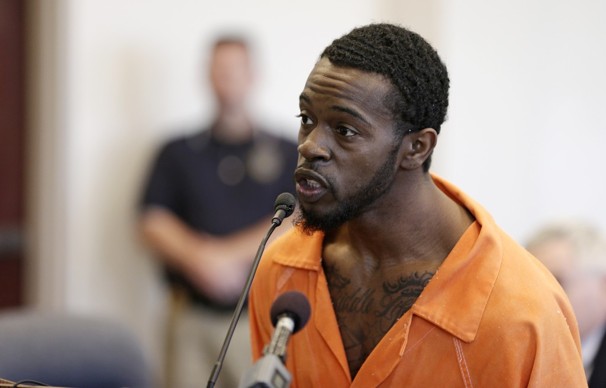 Over weekend, Christians every where celebrated the founding of their faith, Jesus dying on the cross and then resurrecting three days later, Easter Sunday. Easter is a time for gratitude, thankfulness and sincere worship for believers. It is a holy a time starting from “Good Friday until the day of Jesus’ resurrection.

Because of this, Easter Sunday is one of the few times out the year where more people congregate at churches than other occasion, so many churches have more people attending then their regular members. Knowing this, it’s not uncommon to see new faces or ones that have been absent for a while. This was the case for Hiawatha Church of God in Christ in Ashtabula, Ohio when a man who used to be a member as a child ( he didn’t attend regularly as an adult), showed up on “Resurrection Day” and shot his father dead in the church.

According to NewsOne, 25 year old Reshad Riddle, allegedly walked into his childhood church and killed his father 52-year-old Richard Riddle, with one shot after claiming it was the “will of Allah”.

Witnesses at the scene said the shooter entered church and made some references to Allah, but we are not sure if that was a motive or if there was a family problem, said Ashtabula Police Chief Robert Stell .There is no indication that the father and son had a bad relationship. Everyone thinks this was very surprising.”

Members of the church may have thought Riddle’s actions were surprising, but judging by his criminal records, this shouldn’t have been that much of a shock. News One reported that Riddle was  “charged with possession of drugs, tampering with evidence, possession of cocaine” assault and even tried to slit his then girlfriend’s throat.

I am deeply disturbed by this. I’m utterly applaud that someone would  tarnish such a sacred day, not only for Christians but for any religion. Then again, the young man did say it was the will of his god Allah to murder his father and killing someone in public on holiday is the perfect attention grabber. Are you familiar with the word jihad in Muslim culture? It means “holy war” and is usually carried out in a violent manner. Do you think this is what Riddle was trying to do?

As a Christian, I urge my fellow brothers and sisters in Christ, to pray for and cover each other when things of this nature arise. I also urge everyone, no matter what your beliefs are, to evaluate the people you’re around good or bad. If you know someone who is having problems, especially mental, don’t just sit back nonchalantly, and think they’ll grow out of it or that’s “just the way he/she is”. Get them help, and get it quickly so a tragedy doesn’t have to strike for everyone to realize there’s a problem.