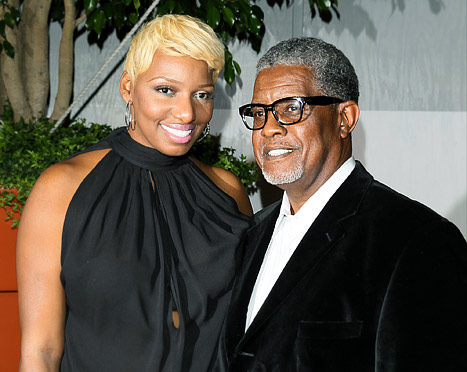 Maybe there’s some truth to the whole “true love” theory. When you find the “one” you just know it. Our favorite housewife is getting married yall! Or is she? We all know that NeNe Leakes is a very rich b**** now, and is living the glamorous life she’s always wanted. She has re-occurring roles on prime time TV shows and is the only original cast member of RHOA that’s making a million plus from the hit show. At this rate, NeNe is well on her way to becoming a household name, but is it going to her head? According to Untitled Flow, Ms. Leakes is allegedly refusing to be a MRS again unless Gregg signs a prenup.

As reported by Untitled Flow:

NeNe loves Gregg and hopes their marriage will last this time, but if it doesn’t work out she wants him to walk away only with what he’s bringing into it,” a family friend revealed. She says she earned what she’s got by her­self, and is demanding Gregg sign a prenup or there won’t be a wedding. He feels he has always supported NeNe. Their divorce was not about spending too much or stealing from her, so he doesn’t think he needs a piece of paper to show he won’t take advantage.

Let’s go back some years before the fame and fortune. NeNe was an Atlanta stripper, the term “rich B**** had not been coined yet and she was primarily a housewife. Gregg was her knight in shining armor so to speak. He married her, got her off the pole and provided (does anyone know what Gregg does for a living lol) for their son AND her son from another relationship. Now that the tables have turned and she’s gone all Hollywood Hills on us she wants a prenup from a guy she already married once? Is NeNe throwing shade at Gregg or is she some how seeking revenge for whatever he did to make her want to divorce him?

I agree with Gregg. If he already proved to her that their relationship wasn’t based off money, he shouldn’t have to sign a prenup. Did he make her sign one (technically it wouldn’t really matter now since she’s rich, so whatever she didn’t get from Gregg because of a pre-up would be trivial but it’s the principle of the matter)? I understand that she wants to protect what’s hers but if her decision to marry the man she supposedly loves depends on a piece of paper, maybe they shouldn’t jump back over the broom. Plus, she could have just said no too. One the other hand, I’m assuming that NeNe didn’t just divorce Gregg for any ol reason, so maybe she discovered something about him that we have yet to find out. Something that made her think, “I better get some insurance this time around”.

Here are some things to consider when re-marrying the same person twice or marrying multiple times in general from Future Scopes. Hey, Elizabeth Taylor did it.

If this wedding doesn’t happen, I guess the Bravo spin-off show documenting it will become lost files. Which is unfortunate because I’m sure it will be a hit. Anyway, thanks for stopping by.

P.S. What are your thoughts on the “prenup”?